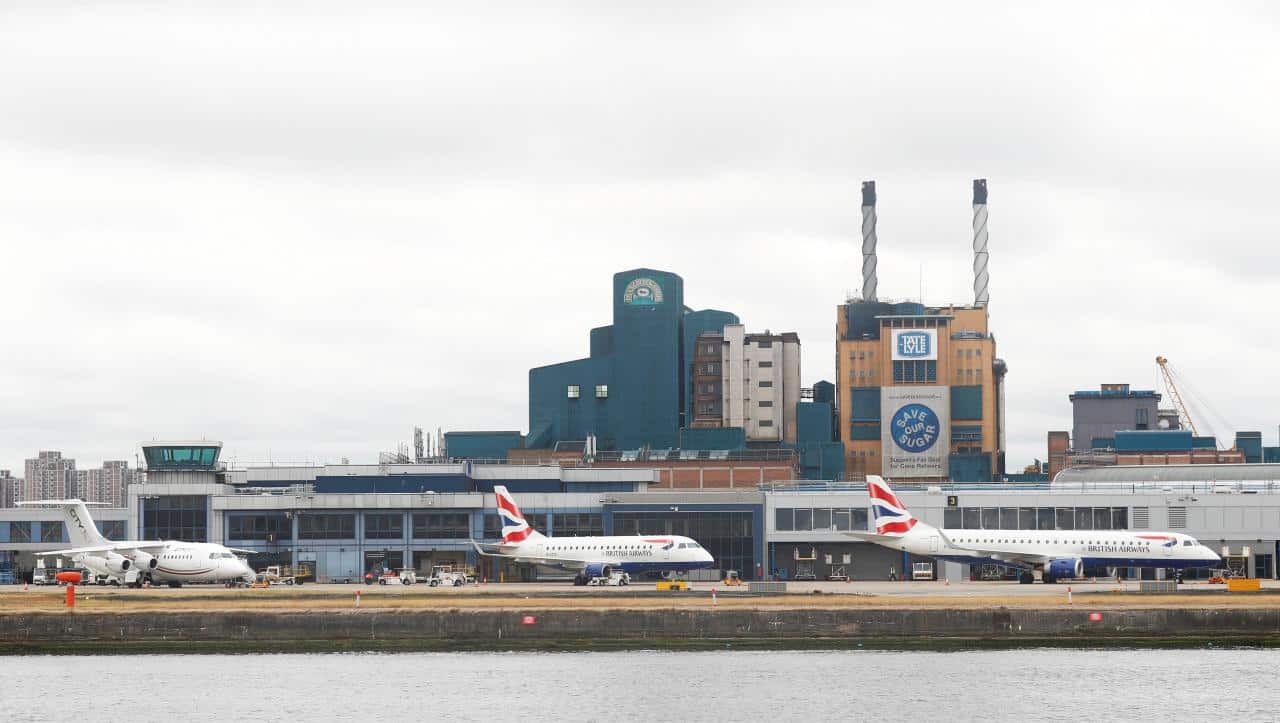 All flights to and from London’s City Airport were cancelled on Monday after an unexploded World War Two bomb weighing half a tonne was found buried in silt in the River Thames.

Police said they expected the bomb at George V Dock in east London would be removed by early Tuesday, having set up a 200-metre exclusion zone after the ordnance was found during work at the airport on Sunday.

The Metropolitan Police said properties within the exclusion zone had been evacuated and a number of roads were cordoned off.

“The timing of removal is dependant on the tides, however, at this stage we estimate that the removal of the device from location will be completed by tomorrow morning,” police said in a statement, adding the shell was lying in a bed of dense silt.

London City Airport is the city’s fifth biggest and is popular with business travellers. It is London’s most central international airport and is close to major financial districts in the City of London and Canary Wharf.

The docklands area of London’s East End was a trading hub in the 1940s and was heavily bombed by German planes in World War Two. The airport was opened in 1987 as part of the broader regeneration of the area.

The airport told passengers not to travel there on Monday. Regional airline CityJet said its flights from the airport had been rescheduled to land and take off from London Southend airport, while Italy’s Alitalia said it would operate flights from London Stansted airport.

British Airways said it was trying to minimise disruption for passengers and said in a statement: “We are rebooking customers due to travel today onto alternative flights or offering refunds for those who no longer wish to travel.”