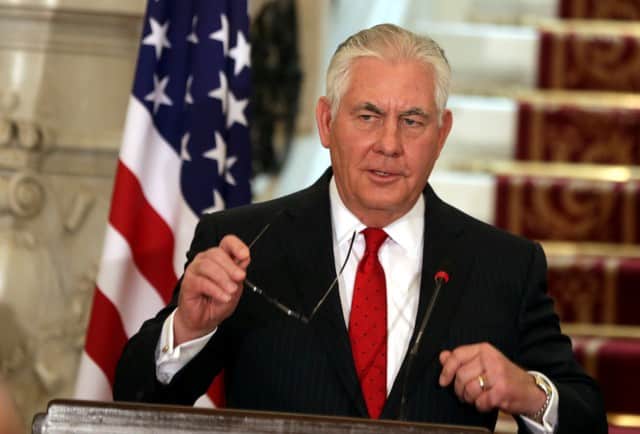 The end of major combat operations against Islamic State does not mean the United States and its allies have achieved an enduring defeat of the militant group, US Secretary of State Rex Tillerson said on Tuesday.

Tillerson, speaking at a meeting in Kuwait of the US-led global coalition against Islamic State, also said Washington had decided to provide an additional $200 million of aid to stabilise liberated areas in Syria.

“The end of major combat operations does not mean we have achieved the enduring defeat of Isis,” he said, referring to the group using an acronym.

“Isis remains a serious threat to the stability of the region, our homelands, and other parts of the globe.”

The hardline militants, who lost all territory they held in Iraq and are on the cusp of defeat in Syria, are trying to gain territory in other countries where they are active, he said, adding that “History must not be allowed to repeat itself elsewhere.”

“In Iraq and Syria, Isis is attempting to morph into an insurgency. In places like Afghanistan, the Philippines, Libya, West Africa, and others it is trying to carve out and secure safe havens.”

Tillerson said he was concerned over recent events in north-west Syria, where Turkey launched an assault last month on a US-allied Kurdish militia it considers a threat on its southern border, adding that he was keenly aware of Turkey’s “legitimate security concerns”.