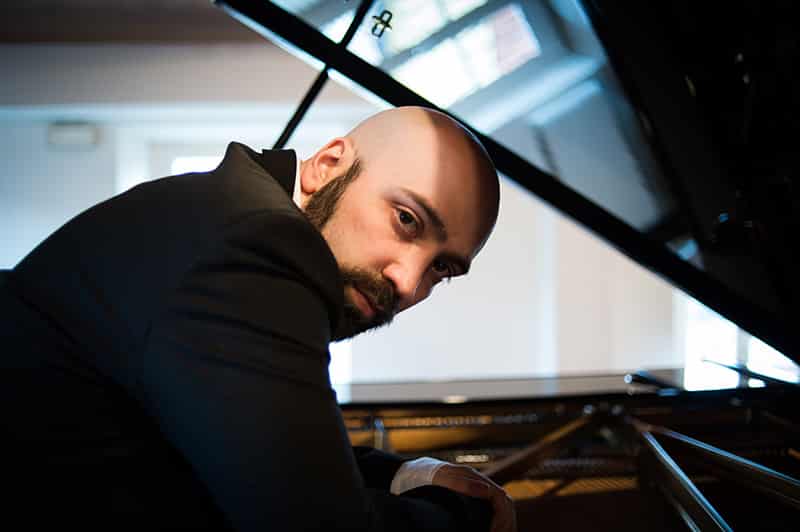 The Pharos Arts Foundation will present a recital by pianist Alessandro Deljavan, who will perform pieces by Frederic Chopin, A. Tosto and Franz Liszt with remarkable emotional intensity, on Thursday in Nicosia.

Deljavan, who is of Italian and Persian descent, gave his first public performance at the age of three and gained international recognition at the age of nine, when he won first prize at the prestigious Concours Musical de France in Paris. He has been astonishing the audiences and music critics alike for more than two decades and has won top prizes in important competitions, including the Hummel Competition 2005 in Bratislava, the Gina Bachauer Young Artist Competition 2005, the Isangyun Competition 2010 in South Korea, and the Cliburn Competition in 2009 and 2013.

As a soloist, the pianist has performed with orchestras such as the Mariinsky Theatre Orchestra of St. Petersburg, the Fort Worth Symphony Orchestra in Texas, and the Lithuanian Chamber Orchestra, among others. He has appeared at renowned festivals such as the Festival International Piano Classique de Biarritz, the Festival Chopin a Paris, the Piano Intime Series in Montpellier, and Glafsfjordens musikfestival (Sweden). His chamber music partners have included the Takacs Quartet, Quatuor Sine Nomine and the Brentano Quartet. Deljavan has toured extensively with the violinist Daniela Cammarano with whom he has recorded several albums for the Aevea, Brilliant Classics and Onclassical labels.

Deljavan graduated from the Conservatorio Statale di Musica Giuseppe Verdi in Milan and the Istituto Gaetano Braga in Teramo. He has also taken part in courses at the Mozarteum Salzburg, the Festival dell Nazioni at Città di Castello and the Ottorino Respighi, and between 2005 and 2013 he was among the selected young artists to attend the International Piano Academy at Lake Como under the tutelage of the artistic director of the Academy William Grant Nabore, who commented, “Alessandro is a complete artist with a technique ‘extraordinaire’, a marvellous and creative musicality and warm and communicative personality. He is truly a sensational pianist.”

For his first appearance in Cyprus on Thursday Deljavan will show his inimitable artistry in a programme comprising Liszt’s Sonata in B minor and Chopin’s Piano Sonata No.2 and Mazurkas Op.17

Erdogan says US funding of YPG militia to impact decisions