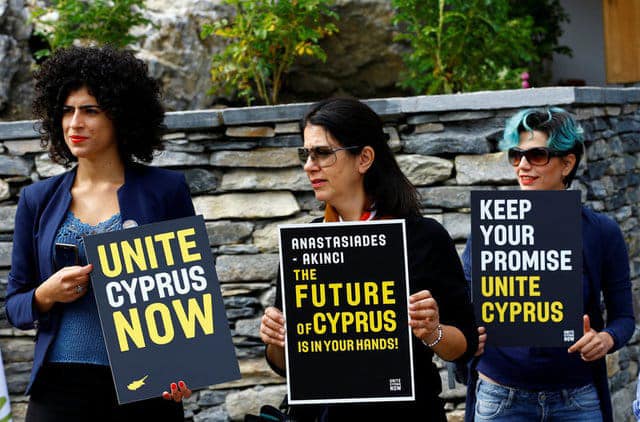 Have you ever wondered what is causing the undeniable dystocia in solving the Cyprus problem? What are the deeper, real causes which, to-date, have led all the attempts to find a compromise solution to a failure?

I am certain that many Greek Cypriots will hastily assign the blame for the non-resolution of the Cyprus problem to Turkey and they will refer to that country as an intransigent neighbour aiming at the subjugation of Cyprus. Because Cyprus does not have the military strength needed for imposing its will on Turkey, fears and concerns arise in the minds of Greek Cypriots, which lead them to desolation and despair.

These sentiments are the cause of the periodic outbursts of anger and negativity on the part of the Greek Cypriot leadership and of certain groups within the Greek Cypriot population. These conditions not only undermine the respect and trust that must be shown to the other side but, in fact, they accentuate the negative predisposition of the Greek Cypriots towards any compromise or cooperation.

In certain (fortunately isolated) cases, these fears have been reinforced by inexpedient action steps on the part of the Greek Cypriot side. The mix of fear with the understandable objection of the Turkish Cypriots to the paternalistic attitude, which was characteristic of the behaviour of Greek Cypriots in the past, have induced many Turkish Cypriots to view the presence of Turkey in Cyprus as a necessary evil.

This is a possible explanation of the insistence of the Turkish Cypriot side to maintain “a certain Turkish military presence” in Cyprus, to retain “certain guarantees” and to secure “equivalent rights” to those enjoyed by the Greek Cypriot community. On the other side of the fence, the fears of the Greek Cypriots, lead them to a flat rejection of “any military presence”, “any guarantees” and to the refusal to agree to “any rights” being given to the Turkish Cypriots that could cause the paralysis of the state.

Finding a practical formula that would appease the concerns and fears of each side, without intensifying the concerns and fears of the other side, is the key to the resolution of the Cyprus problem. In terms of substance, this is what the two leaders, President Nicos Anastassiades and Turkish Cypriot leader Mustafa Akinci, are saying (although, admittedly, they could be saying what they are saying in a much more charming manner, avoiding the ‘bechtes’*, which they occasionally throw at each other).
* In Greek, ‘bechtes’ is a slang word, meaning mocking, ill-intended hints.

Thus, if my conclusions are right, the leaders of Cyprus and the friends of Cyprus, who genuinely wish to help Cyprus, must focus on finding those arrangements that would entertain the fears and prejudices of both communities in Cyprus and will induce a climate of mutual respect and mutual trust. What they should be aiming at is a solution that will induce a feeling of SECURITY FOR ALL.
Christos Panayiotides is a regular columnist writing in the Cyprus Mail and in Alithia.

Our View: Government faces tough decisions over our EEZ and Turkey