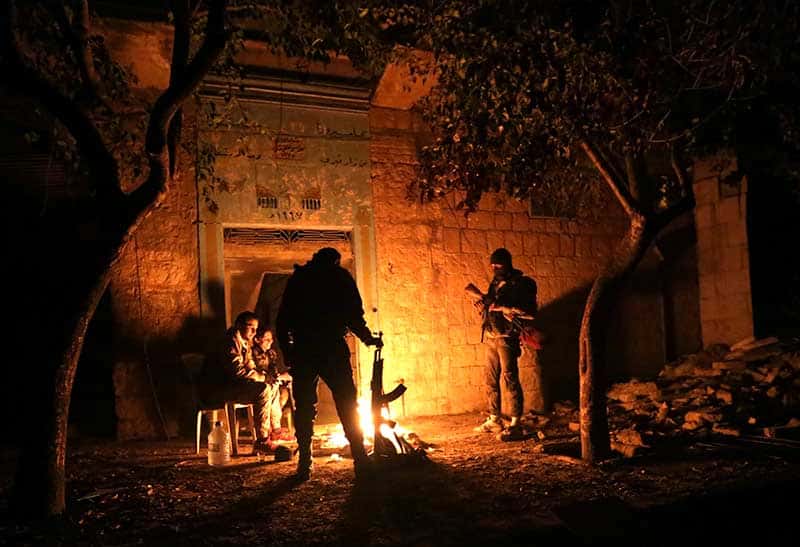 A U.S. military drone aircraft destroyed a Russian-made T-72 tank in Syria over the weekend, U.S. officials said on Tuesday, in the second defensive strike against pro-Syrian government forces in less than a week.

No U.S.-led coalition or coalition-backed local forces were killed in the strike by a U.S. MQ-9 Reaper drone, which took place near Al Tabiyeh, Syria, on Sunday.

Lieutenant General Jeffrey Harrigian, top U.S. Air Force general in the Middle East, declined in a briefing with reporters to speculate on who was driving the tank. One U.S. official, speaking on condition of anonymity, said at least two pro-Syrian government forces were killed.

The U.S. military said it destroyed the tank after it moved within firing range of the U.S.-backed forces while being supported by artillery fire.

U.S. Defense Secretary Jim Mattis played down the incident, saying: “This could just be a local couple of guys doing something. I don’t want to dignify it as a big attack.”

The U.S.-led coalition said it repelled that attack near the Euphrates River by hundreds of troops aligned with Syrian President Bashar al-Assad, who were backed by artillery, tanks, multiple-launch rocket systems and mortars.

“As the hostile forces turned west and retreated, we ceased fire,” he said.

The incident underscored the potential for further conflict in Syria’s oil-rich east, where the U.S.-backed Syrian Democratic Forces (SDF) alliance of Kurdish and Arab militias holds swathes of land after its offensive against Islamic State.

Assad, who is supported by Russia and by Shi’ite militias backed by Iran, has said he wants to take back every inch of Syria.

Harrigian and other U.S. officials have declined to say which forces were responsible for last week’s larger attack.

The Kremlin said on Tuesday it had no information about Russian mercenaries reportedly being killed in last week’s attack.

The U.S.-led coalition was set up in 2014 to battle Islamic State fighters in both Syria and Iraq, which were largely defeated last year. Some 2,000 U.S. forces remain on the ground in Syria, allied to the Kurdish-led SDF alliance, which holds the largest swath of territory still outside the control of the government.

The Syrian civil war, now entering its eighth year, has killed hundreds of thousands of people and driven more than 11 million from their homes, while drawing in regional countries and global powers supporting client factions on the ground.

Cyprus heading for another record year for tourist numbers