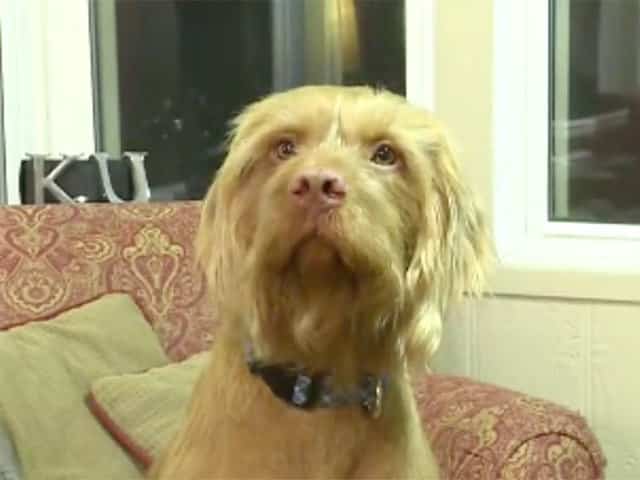 In the dog-eat-dog world of U.S. politics, a 3-year-old wire-haired Vizsla in Kansas was scratching his head, and behind his ears, after being denied a chance to run for governor, his owner said on Tuesday.

The Kansas man, who registered his dog named Angus for governor, said the secretary of state’s office has halted the campaign to put his pooch in politics.

“His platform was going to be free Chuckit balls for life,” said Terran Woolley, of Hutchinson.

“He is a little heartbroken and a little relieved because he doesn’t have to go to all those pointless debates,” Woolley said by telephone.

Woolley said he registered Angus after reading news reports that teenagers had filed candidacy paperwork and there were almost no requirements on who could run.

But there is at least one.

“Kansas statute and the Kansas Constitution make repeated references to a person being governor.”

One person running for governor is Kris Kobach, a Republican who is secretary of state.

“I am sure that Kobach is scared to lose to Angus in the general election,” Woolley said.