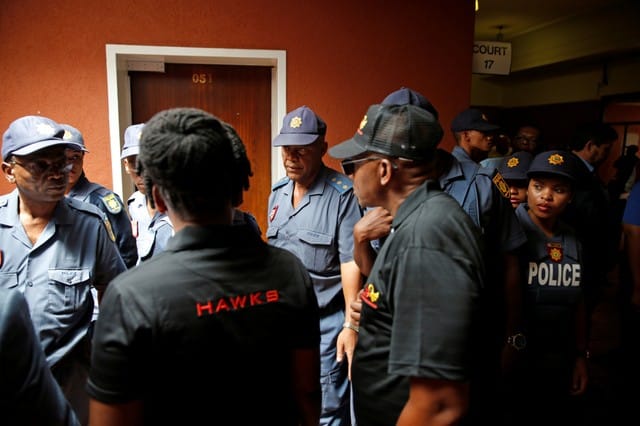 Two other suspects were still at large in South Africa, it said, while another three – two of whom were described as “of Indian nativity” – were outside the country. Police were asking for assistance in executing the arrest warrants, it added.

Zuma and the three Gupta brothers have denied any wrongdoing.