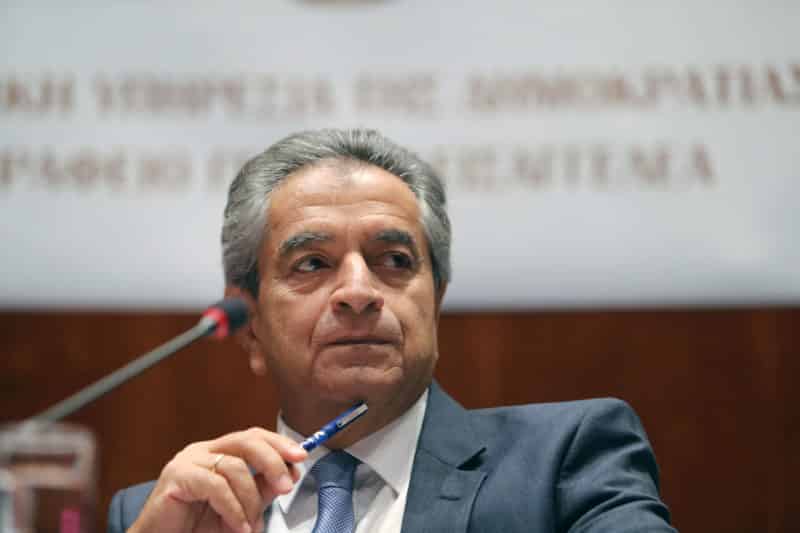 By George Psyllides and Peter Michaels

Attorney-general Costas Clerides on Friday rubbished claims by some media that the police probe into the leaked emails of senior state attorney Eleni Loizidou was a witch hunt against them.

The statement came a day after reports that journalists other than those of Politis, which first published the content of the leaked emails, were being hauled in for questioning by police. The moved had sparked outrage in the media, which accused the authorities of trying to suppress information about the controversial case.

Clerides told the Cyprus News Agency on Friday that the media was trying to create the impression that they were being persecuted.

He said he had nothing but respect for freedom of the press and the media, adding however that the newspaper Politis, “In the context of their continued aggressive policy, for known reasons,” is attempting to create the image of media persecution and suppression.

He told CyBC a “bleak image” was being drawn of the attorney-general and the authorities, and that they were not investigating journalists and suppressing the media, which he added, “is completely untrue.”

Three complaints were filed to police against Politis, one by Loizidou herself, one by the auditor-general and one by the Russian attorney-general’s office, he said. Clerides said the claims made to authorities were for interception of electronic content, and its subsequent publication.

Asked to comment on the questioning of reporters not only from Politis but also from Phileleftheros, Clerides said: “The police are effectively investigating claims and is required to take testimony from all those involved, even journalists.  No instructions to take testimony from columnists or commentators were ever given,” he added.

He added that once the questioning is done, then other factor such as “public interest, the right to information, transparency, etc.” will be taken into account.

“There is complete respect to freedom of the press and the media,” he said.

Police have been questioning reporters from Phileleftheros it was reported earlier on Friday, about Loizidou’s email correspondence with Russia regarding extradition cases.

In their announcement, police said that the investigations were not started on the orders of the attorney-general, “but after claims that were filed by, Ms E. Loizidou, the auditor-general of the Republic, and the attorney-general’s office of the Russian Federation.”

Police added that after all the testimonies are gathered, the file will be sent to the attorney-general’s office to be evaluated.

The email account had apparently been hacked and Loizidou’s correspondence published by a Russian website and reproduced by daily Politis last November.

The published emails showed Loizidou’s excessive zeal in pursuing extradition requests against Russian nationals, some politically motivated, by the prosecutor-general of the Russian Federation.

Loizidou, who has since been suspended pending an investigation, sought and was granted an injunction prohibiting the paper from publishing the emails. She also sued Politis claiming that it had violated her privacy.

Police have questioned several journalists from Politis, which described the move as an effort to muzzle the paper.

The authorities were now questioning Phileleftheros reporters over the matter, prompting its editor-in-chief to pen a front-page op-ed accusing the police of abuse of power.

Aristos Michaelides said the paper’s reporters had not published the contents of the emails but only made references to case.

“Now, police are summoning journalists one after the other and question them as suspects of violating the law because in their articles they use one or two words or phrases already made public like “Dear Vladimir” or “Really missed you … ”

He said it was an abusive interpretation of the law and court orders that did not aim at serving the public interest but to terrorise journalists “and this must stop immediately.”

According to Michaelides, police officers also demanded they remove any ‘offending’ articles from the paper’s website when none had revealed the contents of the emails nor did they intercept any private communications.

“They are wasting our time and that of the police officers because certain people decided to make a show of their police-state narrowmindedness for no reason.”