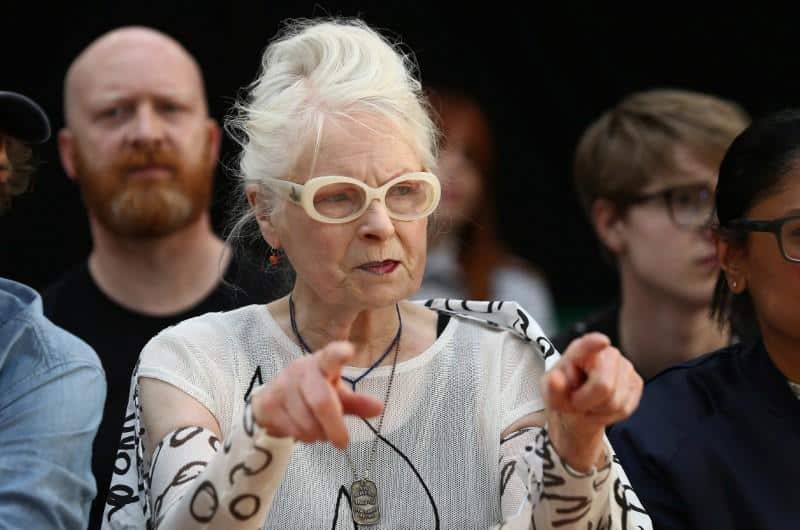 Fashion designer Vivienne Westwood brought models off the catwalk and onto the streets of London in an anti-fracking protest on Thursday.

The punk icon was joined by her son Joe Corre outside the central London offices of British petrochemicals firm Ineos, which is seeking to develop shale gas projects in Britain.

The stunt a day before the start of London Fashion Week saw the 76-year-old designer strut along the street wearing a black graphic T-shirt dress emblazoned with the slogan “FRACKING CLIMATE CHAOS”.

Models and activists wore similar outfits. “Fracking is over. The people in this country are not going to accept it,” Corre said at the event.

The company was granted an injunction in 2017 by Britain’s High Court, preventing anti-fracking protesters from interfering with its operations. Corre told crowd that activists were “not frightened of,” the injunction.

An Ineos spokesman said that activists’ assertions that their legal action had made all protest unlawful in the UK was not the case.

“Our injunctions prohibit unlawful acts by protesters and in no way impinge on the right to peaceful protest. These injunctions simply protect Ineos and our people from hard core activists who game the system and treat the law with contempt.”

Oxfam to set up independent commission to review practices