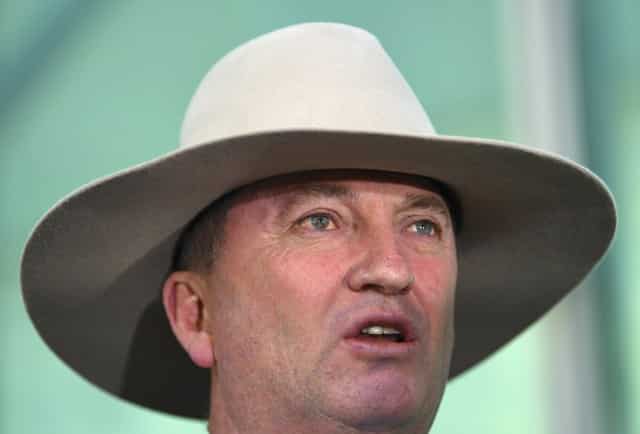 A major rift opened up in Australia‘s fragile ruling coalition on Friday as Deputy Prime Minister Barnaby Joyce refused to quit over an affair with a staff member and derided Prime Minister Malcolm Turnbull’s condemnation of his behaviour as “inept”.

Turnbull, who introduced a ban on sexual relationships between ministers and their staff on Thursday, said Joyce had shown “shocking error of judgment” by conducting an affair with his former press secretary, who is now pregnant.

Turnbull, whose coalition holds a razor-thin majority of just one seat, also called on Joyce to consider his position.

The comments were seen as a thinly veiled call for the National Party leader to resign from the cabinet, but Joyce, a married father of four who had campaigned on “family values”, said on Friday he had the support of his colleagues.

Joyce leads the rural-based National Party, the junior partner in the centre-right government led by Turnbull’s Liberal Party, a political alliance that has existed since 1923.

“Comments by the prime minister yesterday at his press conference, I have to say that in many instances, they caused further harm,” Joyce told reporters in Canberra, wearing his trademark bushman’s hat.

Turnbull refused to comment on Joyce’s criticism but the public spat fuels pressure on him to sack his deputy, which would put the government’s one-seat majority at risk should he choose to leave parliament.

The Senate on Thursday passed a motion for Joyce to resign, saying he had breached standards of behaviour expected of a minister.

Lawmakers had been reluctant to criticise Joyce, a plain-spoken small-town accountant turned politician, but came under pressure following revelations that the former press secretary was given two highly paid jobs after leaving his office.

Eager to draw a line under the scandal, Turnbull on Thursday said he would change ministerial conduct rules, introducing a ban on relationships between lawmakers and staffers adopted last week by U.S Congress.

Unlike the US rules, the Australian rules only relate to cabinet ministers and their direct subordinates.

It was not immediately clear how the rules could be enforced. A spokesman for Turnbull told Reuters that was under consideration.

“It will just be a way for the prime minister to call for resignations from his cabinet,” said Will Barsby, head of employment law at Shine Lawyers.

EU will not lift visas unless Turkey eases terrorism laws