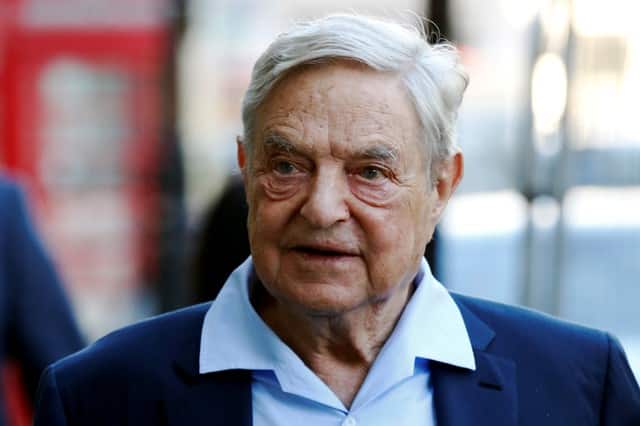 Billionaire investor and activist George Soros has met a European Central Bank director to argue for closer eurozone integration, prompting criticism from some EU lawmakers who fear he is exerting undue influence on a sensitive political issue.

The Hungarian-born financier is a veteran advocate of European unity whose championing of liberal causes over decades has earned him many enemies, including Hungary’s nationalist Prime Minister Viktor Orban and some Brexit supporters.

Soros held a private meeting on Nov 14 with Benoit Coeure, a member of the six-strong board that steers ECB policy, to discuss “euro area deepening”, according to a part of Coeure’s diary published on Thursday.

Soros, 87, requested the meeting, which was also attended by a representative of his hedge fund and another ECB official, to discuss a common eurozone budget and Treasury, a source close to the matter said.

Germany has led opposition in the EU to a common budget, fearing it would end up footing the bill for heavily indebted governments in southern Europe.

“I think it’s illegitimate of Mr Soros to instrumentalise the ECB for his own political purposes,” Bernd Lucke, a German conservative member of the European Parliament, said on Friday.

A spokeswoman for the ECB said the participants had only discussed high-level initiatives aimed at deepening euro area integration and did not touch upon monetary policy or Brexit.

A spokesman for Soros‘ Open Society Foundations, which promote democracy and transparency, did not respond to requests for comment.

The ECB does not have a say on political reforms but advises governments and EU bodies on financial matters.

Coeure, informally regarded as the ECB’s “foreign minister”, regularly meets investors and takes part in key EU meetings. The Frenchman has himself long called for the creation of a euro area Treasury that is accountable to the European Parliament.

Marco Zanni of the anti-EU Europe of Nations and Freedom Group said such behind-the-scenes meetings involving powerful individuals were “not compatible with institutions that consider themselves democratic”.

But not all the reaction was negative.

“It’s the mission of the ECB to work in order to keep the eurozone intact and meeting with someone influential who does the same is part of the mandate,” said Sven Giegold, spokesman for economic and financial affairs for the Greens/EFA Group in the European Parliament.

Soros is best known for a successful bet against the pound in 1992 that contributed to forcing Britain to withdraw from the European Exchange Rate Mechanism, a predecessor of the euro.

But he has described Britain’s decision to leave the EU as a “tragic mistake” and has donated to a campaign that is trying to stop Brexit. Last week supporters of Brexit accused Soros of joining a “secret plot” to keep Britain in the EU.

Soros is also the target of a hostile media campaign in his native Hungary and has been attacked in Italy for his promise to invest $500m to meet the needs of migrants and refugees arriving in Europe.

The moon and its swings