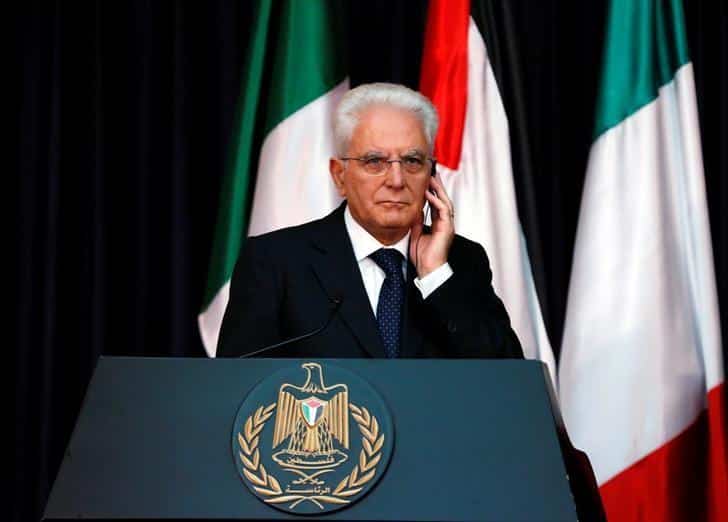 Silvio Berlusconi’s centre-right bloc has a clear lead ahead of Italy‘s parliamentary election on March 4 but is unlikely to win an absolute majority, a batch of final opinion polls showed on Friday, pointing to possible political deadlock.

Under Italian election rules, polls cannot be published in the final two weeks of campaigning. Some 50 surveys released since December have shown no major shift in voting intentions, although more than a third of voters remain undecided.

“There are still millions of undecided voters, and there could be unexpected events, but electoral mathematics and voting trends say the most likely outcome of this election will be deadlock,” Roberto D’Alimonte, a politics professor at Rome’s Luiss University, wrote in Il Sole 24 Ore newspaper.

If no one party or alliance emerges victorious next month, President Sergio Mattarella could look to install a technocrat government, try to create a coalition of the main centre-right and centre-left parties, or call a new election.

Using an untested electoral system introduced last year, some calculations suggest 40 percent is the basis to obtain a working majority, but individual performances in marginal, first-past-the-post constituencies are crucial – leaving the door open to a possible surprise triumph for Berlusconi’s bloc.

The anti-establishment 5-Star Movement is the most popular single party, with all four polls released on Friday showing it reaching just under 30 per cent of the vote. However, this would give it no chance of forming a government on its own.

The conservative alliance consisting of Berlusconi’s Forza Italia (Go Italy!) and far-right partners the League and Brothers of Italy reach around 35 per cent.

A centre-left group led by another former prime minister, Democratic Party (PD) leader Matteo Renzi, which lost some voters when a rival left-wing group splintered from it last year, is seen close behind the 5-Star at around 28 per cent.

The large number of Italians who remain undecided about whom to support further complicates the picture.

In the run-up to the ballot, the main party leaders have ruled out forming any broad coalition, of the type now taking shape in Germany, aware that opening up to such a possibility at this stage could drive away their core supporters.

Instead, some politicians, including Berlusconi, have suggested the current PD-led government of Prime Minister Paolo Gentiloni should stay in office to steer Italy to new elections.

A poll by Ipsos for Corriere della Sera newspaper said Gentiloni was the most popular among all the party leaders, favoured by 47 per cent of Italians.

He was followed by Emma Bonino, whose small, pro-European group is running in tandem with the PD. After her comes the 5-Star leader Luigi Di Maio, then the three centre-right leaders – the League’s Matteo Salvini, Berlusconi and Brothers of Italy‘s Giorgia Meloni – who are almost neck and neck.

Bringing up the rear are Renzi and Pietro Grasso, head of the left-wing splinter group Free and Equal.

Athlete dies after he was hit by car during training

Tessa Thompson is reluctant to become a poster girl for diversity