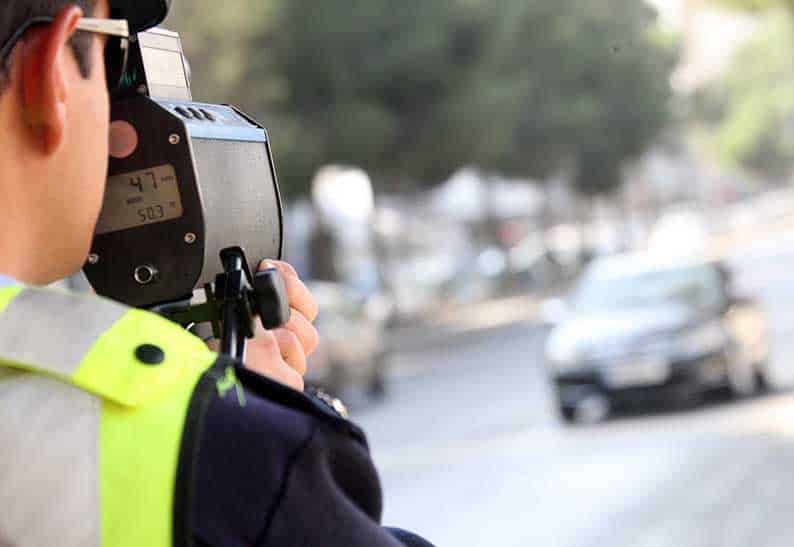 HAVE you ever been tempted to use Facebook to be warned of spots where police lie in wait to detect speeding drivers?

Facebook page CY Police Checkpoints where people can post and find police traffic radar detection locations, now has more than 100,000 members, but why was it created, what do members think and how does it affect police work?

According to information on the page it was launched to provide timely and accurate information to drivers about where police place a radar or carry out various checks on trafficking issues.

In an attempt to show that they are not just a bunch of lawbreakers, they have rules to which anybody who wants to join has to agree, such as no swearing and no comments on the benefits of alcohol.

Apart from being created to provide all the ‘timely and accurate information” the page was also created for a personal reason.

“The group started because of the way a policeman behaved towards me,” the group’s founder Christodoulos Pogiatzi said. “In Ledra street in Nicosia.  It was one of the first times I drove to Ledras and I didn’t know the roads and took an illegal turn to the right and was caught by a police officer. When I said I am from Larnaca he said I don’t care. Don’t come back to Nicosia.“

An app popular in 2017, Antiradarcy, which allowed users to add pinpoints on a map to indicate the presence police radar was also a factor. “This application was created with the aim of providing the people of Cyprus with access to a democratic idea which is no less than the exchange of legitimate information about where the various police radar can be found,” the creators of the app said.

They said the cornerstone of their objective was to better inform people so that there won’t be accidents because of sudden moves prompted by the sight of police radars.

They have since joined forces with Cy Police Checkpoints, by far the most popular Facebook site of this kind, which by this week had more than 106,000 members and around 300 posts a day.

Comments from users show what they think of police and hint at why they have joined to start with. A common perception is that the safety of the public is not at the heart of police operations.

“If police were interested in the safety of people, they would take advantage of the group adding their own posts on where radar is with the result that the people would always be careful,” one member wrote.

“The police officers are not at fault,” another one commented. “Like true Cypriot employees they don’t police areas which are dangerous and where they know from statistics that there are many accidents.  They go to places which suit them and where open spaces and wide roads tempt drivers to go faster than allowed so that at the end of the week they can collect a bonus because they have caught a lot of people.”

Even people who are very much against speeding, say they wouldn’t get an app and wouldn’t become a Facebook member of an anti-radar group don’t trust that police always have the best interest of the public in mind.

“I am against people speeding and I agree with police checking drivers for speed to prevent accidents but sometimes they ambush drivers,” Xenia Chrysanthou said.

“They set up controls right after the exit of the motorway not giving people time to adjust their speed and they know they can find easy targets. There are a few transition points like that where officers go on purpose to trap people.”

Police on their Facebook page have condemned online sites where people can post and find police traffic radar, saying that sending out such messages endangers people’s lives.

“When you are a conscious driver and you adhere to the Road Traffic Code, you do not need any such information,” they posted last week.

Pogiatzi reposted this on his own page, prompting the policeman who wrote it to take him to court for violating his privacy.

According to police, there is no legislation to stop people from warning each other on where police radars are located, though reportedly they are looking into the possibility of creating such legislation.