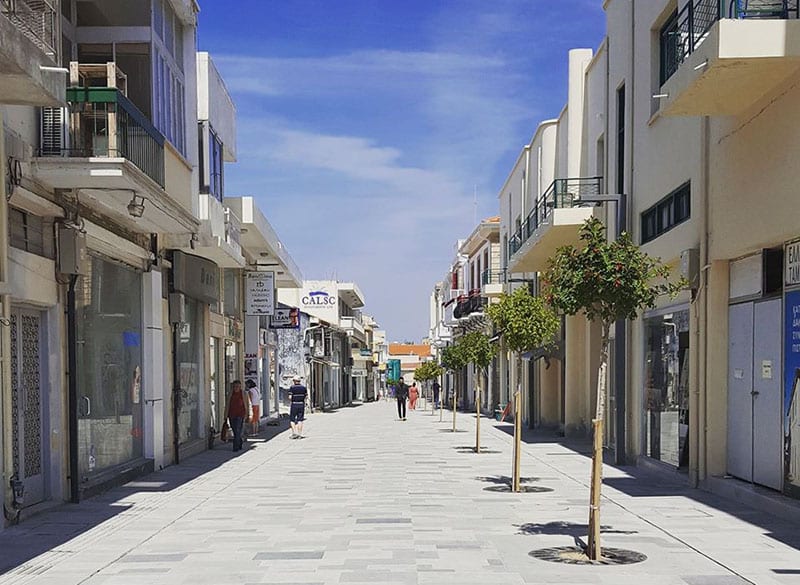 A NEW website will be launched next month to help promote Paphos old town, the head of the Friends of the Old Town Association said this week.

Kyriacos Kyriacou told the Sunday Mail that the new website will be up and running next month after a contract to create it is awarded to a local company.

“This step is hugely important for us and it is a way that all of the local businesses, events and so on can be involved. We are all ambassadors for the old town and we need even more,” he said.

Kyriacou noted that there is no ‘official’ plan from the municipal authorities to promote the area, which is why the Paphos chamber of commerce and industry (Eve), along with the Paphos Old Town Association decided to take matters into their own hands.

“We have formed a joint committee with Eve, and we believe that the area will be successful. We are expecting more tourists than ever to visit the area this year as tourism to Paphos is increasing generally. We are also meeting with hoteliers and operators to make presentations and they will then become ambassadors for the area,” he said.

For a number of months, the old town has been actively promoted as a “new brand” in a bid to shake off its old, outdated image and to encourage more people to visit the area.

The area boasts some of the best spots to watch a sunset in the district, it has exceptional architecture and landmarks, including places of cultural and religious interest, tourist accommodation, retail outlets, exhibitions and cultural sites, and artistic and cultural events are all on offer, Kyriacou said.

However, he added that shopkeepers have faced a tough time and are struggling as mall shopping has become a big trend. “Online shopping also doesn’t help either, but visiting and shopping in the old town of Paphos is something special,” he added.

In 2015 President Nicos Anastasiades announced €60m worth of projects for Paphos, including the regeneration of the traditional shopping centre and Kennedy Square, the restoration of the municipal market, the upgrading of the Markideio theatre, and connecting and enhancing the squares of October 28, Kosti Palama and Dionysios Solomos around the town hall. Most of the upgrading work is finished, but some projects have yet to be completed.

The website, the domain name of which will be confirmed ahead of the launch, will be the place to go to find out everything there is to know about the old town, Kyriacou said. People will also be able to rate and comment on their experience, added Kyriacou, who owns a number of shops in the area.

“Once we are ‘live’ via the website, we may face some problems such as bad reviews and we need to be honest about what our weaknesses are,” he said.

“As the joint Eve committee, we want to visit the authorities and create a working team with them where we can meet every month and address any problems before they occur and have a plan B,” he said.

Such issues may include empty shop fronts, around fifty per cent currently lie empty in the area, he said.

“If acceptable with the municipality, we may ask them to cover windows with thematic pictures, such as places of interest or maps, something like that,” Kyriacou added.