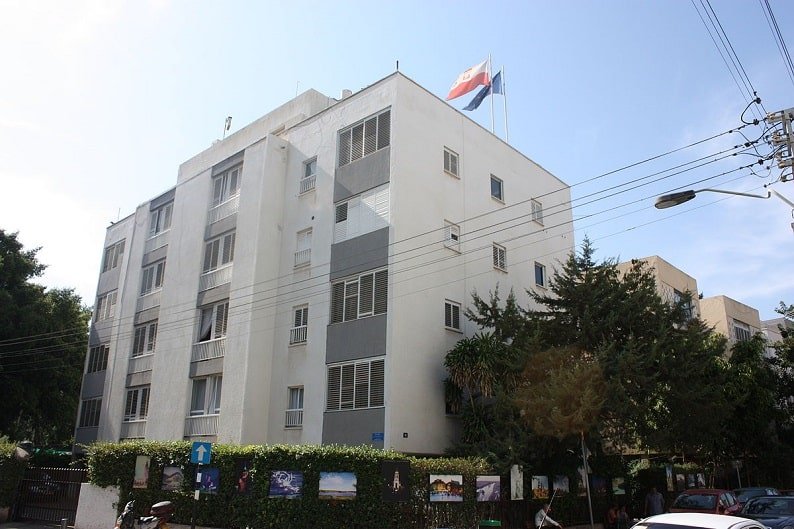 Swastikas and profanities were daubed on the entrance to Poland’s embassy in Israel on Sunday after Polish Prime Minister Mateusz Morawiecki said Jews, as well as Poles and others, were among perpetrators of the Nazi Holocaust.

Poland sparked international criticism over its stance on the facts of the Holocaust when it passed a law imposing jail terms for suggesting the country was complicit in the deaths of millions of Jews during the war.

At the Munich Security Conference on Saturday, Morawiecki was asked by an Israeli reporter whether the reporter himself could be penalised for telling a story in Poland about his mother, who survived the Holocaust, and told him that some Poles had collaborated with the Gestapo.

Poland’s government said Morawiecki’s comments were not intended to deny the Holocaust or allege that Jewish victims bore responsibility for “Nazi German-perpetrated genocide”.

At the Polish embassy in Tel Aviv on Sunday, swastikas and anti-Polish profanities were found drawn in marker pen on a gate and bulletin board. Police, who released photographs of the markings, opened an investigation.

Netanyahu spoke by telephone on Sunday with Morawiecki and rejected any comparison between Polish and Jewish actions during the Holocaust, a statement issued by the Israeli prime minister’s office said.

“The aim of the Holocaust was to destroy the Jewish people and that every Jew, everywhere, was facing a death sentence,” it quoted Netanyahu as saying.

Netanyahu and his Polish counterpart agreed to continue to pursue a dialogue on the new law, and that teams from both sides would meet soon, the statement said.

Some 3 million Jews who lived in pre-war Poland were murdered by the Nazis, accounting for about half of all Jews killed in the Holocaust.

Jews from across the continent were sent to be killed at death camps built and operated by Germans in occupied Poland — home to Europe’s biggest Jewish community at the time — including Auschwitz, Treblinka, Belzec and Sobibor.

Thousands of Poles risked their lives to protect Jewish neighbours during the war. But research published since the fall of communism in 1989 showed that thousands also killed Jews or denounced those who hid them to the Nazi occupiers, challenging the national narrative that Poland was solely a victim.

According to figures from the U.S. Holocaust Memorial Museum, the Nazis, who invaded Poland in 1939, also killed at least 1.9 million non-Jewish Polish civilians.

“Attempts to equate the crimes of Nazi German perpetrators with the actions of their victims — Jewish, Polish, Romani among others — who struggled for survival should be met with resolute, outright condemnation,” the Polish government’s statement also said.

First graders to get a little bit bigger