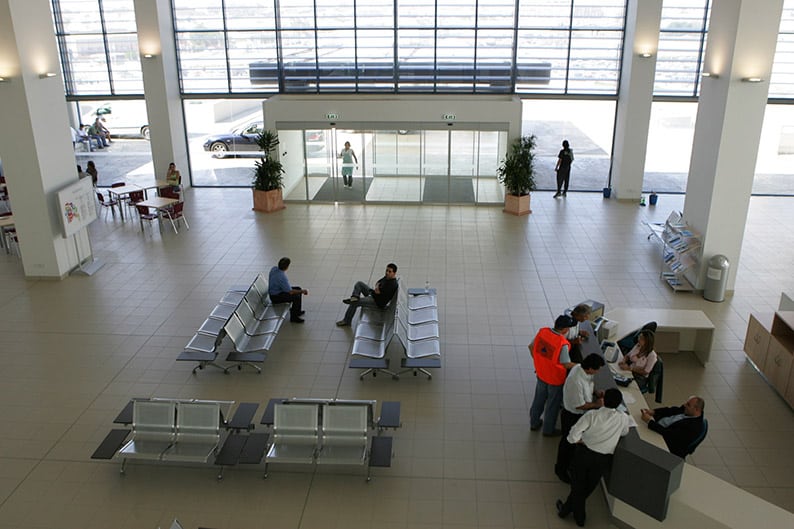 ‘WHAT are you in for?’ The man sitting to my right asked as though we had found ourselves in prison together instead of a hospital waiting room. He was sitting angled away from me and had turned his head to look at me over his shoulder.

‘What do you mean?’ I replied, giving myself time to process whether or not to get into a conversation with a complete stranger. He sat forward in the chair and now I could see his face. It was a decent enough face, wrinkled and not young. The plentiful black hair on his head was losing out to shades of encroaching grey.

‘I mean what’s your problem?’

‘I hurt’’ He said as if that explained his ailment.

‘Sorry to hear that.’ I was reaching the stage where I seek refuge in a book that I always carry in my bag on hospital days if there is no one to talk to or someone who wants to talk that you don’t want to converse with. This was a book designed to teach you about finding joy in life. One of those glossy skinny things that well-meaning friends come up with when you live alone. They mistakenly think that making origami swans or standing like a flamingo on a beach while casting your mind to the wind or your unwieldy body into the wet once consciousness kicks in and your mental flamingo remembers you are an ageing human, will yield all sorts of goodies to your barren life. The messages therein are supposed to compensate for everything from lack of geriatric sex (If Jane Fonda can still do it, so can you!) to weight gain (That’s not a whale, that’s me on the beach!) and leave you uplifted and grinning like a skull in a Death’s Day parade.

I was wondering if he had the wrong end of the waiting room as the psychiatrist was on the other side when he said.

‘It happened during the rescue.’

Now I was intrigued.

‘You were hurt during a rescue?’

‘Yes. I used to be a fireman and while I was rescuing a little girl from a burning building…I had just got her out when a roof beam fell on me. My back has never been the same.’

‘You can keep this if you want it. It’s designed to help you when you feel a bit down.’

He leafed through it and came to the section on yoga…where I had found my flamingo. He was gazing at the picture of the lithe young woman posing on a beach where sea water lapped gently on the shore. She had her hands joined over her head.

‘Is she praying?’ He asked.

I have never actually seen anyone praying in that position but I answered, ‘Perhaps…she’s easing her mind, mostly.’

‘Well I wouldn’t be easing myself if I stood like that with one foot lifted up on my knee…I’d fall over and get wet.’

A man after my own heart!

‘Most of these are beside the sea…I live in Nicosia. Would I have to go to the beach every time I wanted to perform the…rituals?’

‘No, of course not. You could do that at home or in the garden with a rug…as long as it’s somewhere quiet.’ He was losing interest. ‘Do you like making things? Look at this section here…there’s all sorts of stuff.’

I tried the whole book, but nothing appealed to him, that didn’t surprise me really. You have to want to do these things, enjoy them even.

He handed me back the book and I returned it to its den to languish until next hospital day.

‘They gave me a medal you know?’

‘What did you recycle?’

‘Manure? How do you recycle manure?’

‘You make it into smoother manure, easier to spread.’

I was beginning to wonder which of us was, as we say in Ireland, the bigger eejit him for making up tall tales or me for listening to them when a large nurse came marching by and tut-tutted him.

‘Now Hercules, don’t bother the woman. Did you get your medicines?’

‘I did.’ He lifted a plastic bag with a few chunky pillboxes in it.

‘Well then, maybe you should go home now, there’s a good man.’

‘All right.’ He lifted his long frame out of the chair and looked at the nurse. ‘She’s nice, she listened.’ He smiled at me as he moved slowly but smoothly towards the door.

‘He told me he was injured in a fire…’

She laughed. ‘That didn’t happen. He’s as strong as a horse. He’s just lonely, lives in one of those houses where men live who have nowhere else to go, what we call a pension. (she pronounced it pan-si-on). He comes in here for his medicines, the usual bits for a man his age. He likes to sit and chat to women and each time he makes up a different story about why he’s here or what’s going on in his life. It passes time for him and he’s never offensive to anyone.’

‘He’s got some imagination.’

‘Yes, a pity he never had a chance to study.’

‘He told me he was good at English. (We had been chatting in Greek.)

‘If he reads English, I can read Chinese.’ She giggled and walked away.

I took the booklet from my bag on the way out and put it in the bin. Hercules had his own method for dealing with life; he needed no help from glossy lifesavers and neither do I.

The return of Famagusta: starting-point and catalyst to a solution