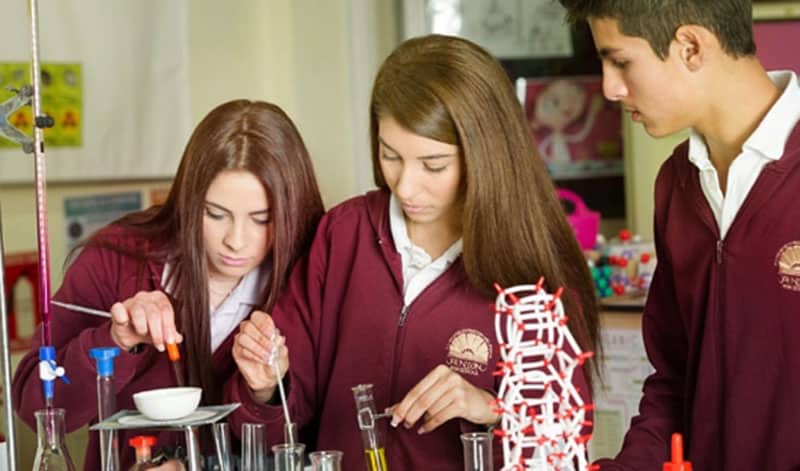 With the competition for university places as intense as it is students are increasingly taking additional A levels. But are they worth the effort asks Annette Chrysostomou

With both Apolytirions and A-levels used to gain entry to universities overseas, some private schools on the island allow their students to study four rather than the usual three A levels. But is there any point?

The British Council advises that students aiming to go to the UK should look carefully at the admissions guidelines of each course and search for entry requirements to figure it out.

The council says requirements differ, not only from one university to another but from course to course at a given institution. For medicine, for example, four A-levels are often a must, but for other studies, even prestigious institutions may look for portfolios, work experience or the results of an interview instead of or in addition to A-level results.

“Five!” head of the Xenion High School George Phylactou replied when asked if his students are offered the choice of doing three or four of them, adding that students should aim to pass three to five of them in year 13 after taking up to six subjects in year 12.

“We don’t discourage it [taking four A-levels] as it might have advantages. The universities don’t demand it but often see it as a sign of breadth and ability if students are able to cope with four subjects,” principal of the Falcon school Anthony Balkwill added.

To explain a likely scenario, he gave the example of a student who was unsure whether to study veterinary studies or mechanical engineering, two very different areas.

She solved the problem by taking maths, biology, chemistry and physics at AS-level in the year before her last, which gave her the possibility to drop one subject in the last year, physics if she opted for the veterinary studies and biology in case she went for mechanical engineering.

Another student decided to stick with four A-levels, French, Spanish, Music and Literature because she enjoyed all of them and was loathe to drop any, another good reason to opt for four subjects.

“Many take four, as they have more options,” he said. “There is a lot of competition, and whatever the universities say, they often prefer to see students with four A-levels.”

He recommends a student should start out with four subjects. Armed with the AS-level results for those subjects they can ask to receive an offer at a tertiary institution. When they are offered a course which matches what they want to do, they can drop one in their last year.

“For example, we have a student who has a very competitive offer for veterinary science who decided to concentrate on three subjects,” Bailey added.

Like the Falcon school, Foley’s sees its advantage in being small as the school is thus able to help students best individually when it comes to making choices about the number of A-levels.

And what do British universities have to say about the subject?

Malcolm Fairburn, of King’s College London’s physics department, explained that the preferences of admissions tutors can change year-on-year. “Every department has a different philosophy, shaped by the attitudes of the admissions tutor, as well as statistics from previous years,” he told the Guardian. “At the moment at KCL, we only concentrate on the first three A-levels. The fourth A-level would only become relevant if it was a borderline case.

“If the student is a borderline case and they are doing four A-levels, they probably should have dropped one at AS-level to get better marks in the first three.”

Four A-levels are not a requirement for entry to some top universities such as Cambridge or Oxford University.

“A third of our applicants are not taking AS and A-levels. Our admissions process considers each application on its individual merits, taking in to account each student’s academic record, personal statement, academic reference – including any predicted grades – and any written work or written test that may be required for the chosen degree,” Oxford University explains on its website.

Imperial College London also requires three A-levels and rather than demanding a fourth they are more concerned with the grades of the student, also taking into account school leaving qualifications from other countries, such as the French Baccalaureate, the German Abitur and USA qualifications.