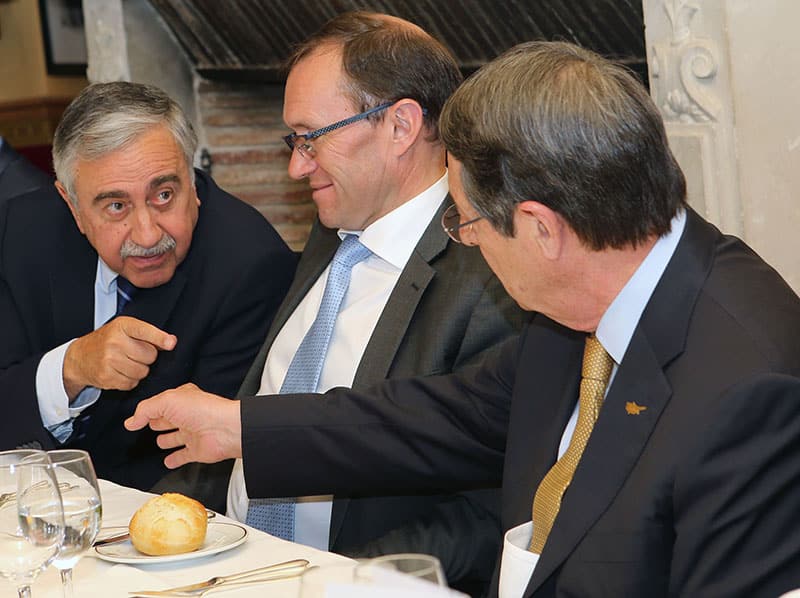 EVER since Turkey’s warships ordered the Saipem 12000 drillship to stay put, 10 days ago, the Cyprus government has been saying it was working through diplomatic channels to resolve the standoff. It had to say something even if it was fully aware that its diplomatic efforts would lead nowhere and were unlikely to resolve anything.

The most the government could hope for, working through diplomatic channels, was to secure some form of public censure of Turkey’s actions by other countries, which would give it a small moral victory for domestic purposes, of zero value in practical terms. Turkey would not budge, the drillship would remain immobilised, 50km from its drilling target, and for all we know Ankara could issue a new Navtex when the current one expires on February 22.

Apart from the European Commission, which said “Turkey needs to commit unequivocally to good neighbourly relations and avoid any kind of friction, threat or action directed against a member state,” no other country took a clear stand on the dispute. Not even a ‘friendly country’ like the Russian Federation that always takes a principled stand on the Cyprus problem, could issue a mild rebuke of Turkey, the foreign ministry’s spokeswoman calling on “the countries concerned to search for exclusively peaceful means of resolving their differences.”

The government would have been even more disappointed with the response to a question about the situation by the UN Secretary-General Antonio Guterres, who said it was not the job of the UN Secretariat “to take a position on the rights of member-states under general international law.” A solution to the Cyprus problem “constitutes the best chance of resolving this issue once and for all and unlocking collaborative and mutually beneficial solutions.” This was the position of all foreign governments – US, Britain, Russia – asked for their views on Turkey’s actions. Solve the Cyprus problem was the universal advice.

Interestingly, this was also the line taken by Turkey’s foreign ministry. In a press release it issued last Sunday, it said “the sole responsibility for any situation that could arise as a consequence falls on the Greek Cypriot side, which, instead of expending efforts towards a just and lasting comprehensive settlement in Cyprus, persists in acting as though it were the sole owner of the island and in continuing its unilateral hydrocarbon-related activities.”

Difficult as this may be for our side to accept, the international community and the UN are in agreement with Turkey and have little time for our protests on principle. Turkey may be engaging in gunboat diplomacy, she may be in breach of the international law of the sea and violating the Cyprus Republic’s sovereign rights, but Ankara appears to have persuaded the international community that these actions were inevitable, in view of President Anastasiades’ unwillingness to reach a deal in Crans-Montana. Nobody outside Cyprus and Greece seems to have accepted Anastasiades’ assertions that the collapse of the peace process in Switzerland was 100 per cent the fault of Turkish intransigence.

Cyprus is now paying for Anastasiades’ simplistic thinking that he could walk away from the talks and proceed with energy plans, excluding the Turkish Cypriots, while Turkey did nothing. Was he so naïve to believe he could get ways with this, after what had gone on before? To put things in context, there was an informal arrangement brokered by the US that Cyprus would be left to proceed with its energy plans on the understanding there would be a Cyprus settlement and the management of hydrocarbon resources would be the responsibility of the federal government. The idea in the West was that a pipeline would take the gas to Turkey, which suited the oil companies as they would have a ready market. This was why Turkey voiced no objections to the third licensing round and created no problems before the collapse of the talks.

Believing that the Turks would do nothing once drilling commenced or, if they acted, the big oil companies would stand up to them was another gross miscalculation. This naivety was exposed in the last week, when Italy’s government expressed concern about the situation involving ENI’s drillship but showed no sign it was prepared to jeopardise relations with Turkey about the matter. Perhaps Anastasiades would have now learned that the responsibility for the safety and security of a drilling company belongs exclusively to the contracting country, which in ENI’s case is Cyprus. He may also have finally realised that Cyprus is in no position to carry out its energy plans with the Cyprus problem unsolved.

After the events of the last 10 days, which other oil company would be prepared to risk tens of millions of dollars bringing a drilling platform to the Cypriot EEZ?

Tales from the Coffeeshop: Kyproulla’s weapons of mass rhetoric fail to deliver

Who’s afraid of a little bicommunality?