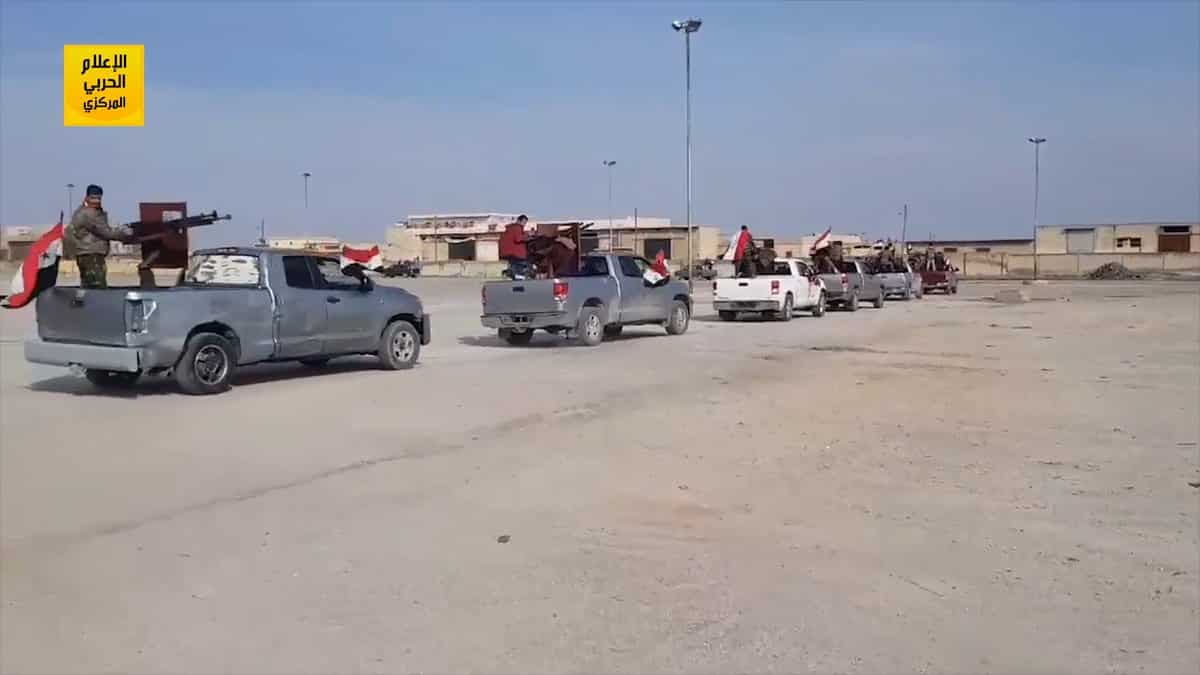 Pro-Syrian government forces entered Syria’s northwestern Afrin region on Tuesday to help a Kurdish militia there fend off a Turkish assault, raising the prospect of a wider escalation of the conflict.

Soon after the convoy of militia fighters – waving Syrian flags and brandishing weapons – entered Afrin, Syrian state media reported that Turkey had targeted them with shellfire.

Turkish President Tayyip Erdogan described the convoy as being made up of “terrorists” acting independently. He said Turkish artillery fire had forced it to turn back, although the Kurdish militia denied this.

A commander in the pro-Assad military alliance told Reuters the forces had turned back after coming under fire, but then resumed their progress and were now in Afrin.

Syrian television had earlier shown the group of fighters passing through a checkpoint that bore the insignia of the Kurdish security force, some chanting “one Syria, one Syria”, and driving further into Afrin.

Ankara’s month-old offensive is aimed at driving the Kurdish YPG militia, which it sees as a big security threat on its border, from Afrin.

The YPG hailed the arrival of the pro-government forces – which included militias allied to Assad but not the Syrian army itself – and said they were deploying along the front line facing the Turkish border.

It made no mention of a deal that a Kurdish official said on Sunday had been struck with Assad’s government for the Syrian army itself to enter Afrin.

The commander in the pro-Assad alliance said Russia had intervened to “delay the entry of a large (number of) Syrian army forces” into Afrin.

Erdogan described the pro-government fighters coming to the YPG’s aid as Shi’ite militias, and said they would pay a heavy price.

Turkey and Russia have supported opposite sides throughout the war, with Moscow the closest ally of Assad and Ankara one of the principal supporters of rebels fighting to overthrow him.

However, in recent months Turkey has lent support to a Russian-led effort to end the war with most population centres in the hands of Assad’s government. Ankara said last month it sought Moscow’s agreement before launching the Afrin assault.

Russian Foreign Minister Sergei Lavrov said on Monday the Afrin crisis could be resolved through direct negotiations between Damascus and Ankara.

The Turkish offensive has made gains along almost all the border area with Afrin, pushing several km into Syria and seizing villages. But the YPG still holds most of the region including its main town, also called Afrin.

“The besieging of the Afrin city centre will start rapidly in the coming days,” Erdogan said on Tuesday.

The entry of pro-government forces into Afrin draws more attention to the uneasy relationship between Damascus and the YPG. They have mostly avoided direct confrontation during the conflict, but the Kurds seek autonomy in regions they hold, while Assad has pledged to assert his control over all of Syria.
Kurdish political leaders have said they were forced to seek help from Assad’s military because no foreign powers would help them against Turkish forces in Afrin.