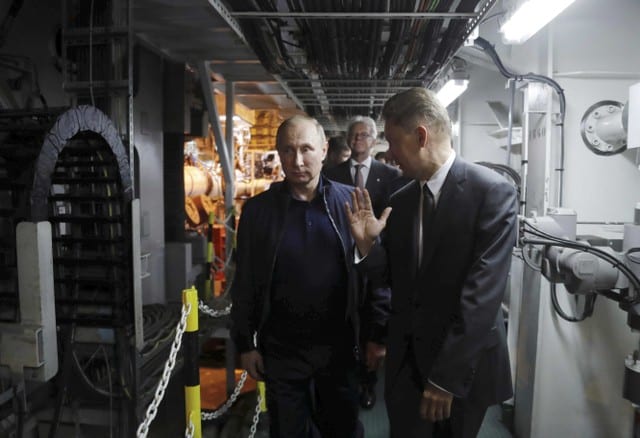 Turkey has yet to issue a permit for Russia’s Gazprom to start building the land-based part of the TurkStream gas pipeline, three sources familiar with the matter said, stoking fears the strategically important project will be delayed.

If completed, the €7 billion pipeline would allow Russia to reduce its reliance on Ukraine as a transit route for its gas supplies to Europe.

Ankara has authorised Gazprom, which has a de facto monopoly on Russian gas exports by pipeline, to start building two undersea sections of the project.

However, it has still not given Gazprom the green light for the land-based segment to ship Russian gas onward to southern Europe, the sources told Reuters. “There is no permission from Turkey, which hampers talks about building the second line to Europe,” one of the sources familiar with the talks said.

Relations between Moscow and Kiev have been badly strained by Russia’s 2014 annexation of Crimea and a pro-Moscow insurgency in eastern Ukraine. Even before this, the countries had a series of disputes over gas prices, with the Kremlin accusing Ukraine of diverting supplies to domestic consumers that were supposed to transit to European Union countries.

Russia therefore wants to ship gas by alternative transit routes as much and soon as possible. It is planning to boost capacity of an existing undersea pipeline to Germany, a project known as Nord Stream 2, which together with TurkStream would remove the need to send any gas via Ukraine.

Any serious delay to TurkStream, a project promoted by President Vladimir Putin, could deepen doubts among some Western analysts that it will ever be built in its current form.

TurkStream is designed to deliver more supplies to Turkey, the biggest buyer of Russian gas after Germany. More significantly for Moscow, it is also designed to extend across Turkey to the borders of southern Europe, thus opening up a new transit route for Russian gas.

Gazprom, which did not respond to a written request for comment, wants to complete the pipeline’s construction in 2019, so time is of the essence.

A second source said the permit problem might be related to talks between Gazprom and Turkish state company Botas about a possible discount for Russian gas. “It looks like Gazprom will have to give in (to Botas),” the source said.

A third source in the Turkish energy industry told Reuters that Botas and Gazprom had yet to set up a joint venture they were meant to form for the land-based part of TurkStream. This was why a construction permit had not yet been issued, the source added. 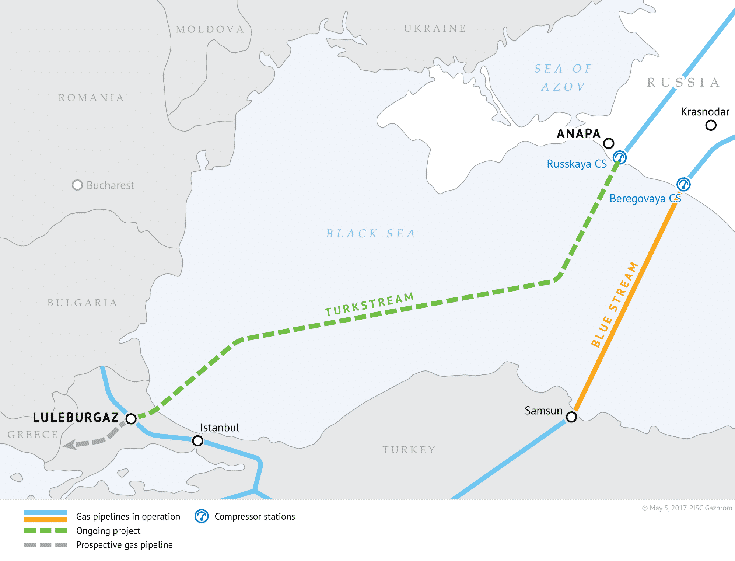 Gazprom has already started laying the undersea TurkStream lines, to Turkey and southern Europe respectively, beneath the Black Sea. The pipes, with a combined capacity of 31.5 billion cubic metres (bcm) per year, have yet to reach land.

Gazprom already supplies gas to Samsun on Turkey’s Black Sea coast via an underwater pipeline called Blue Stream with a capacity of 16 bcm per year.

TurkStream’s birth has been troubled. Gazprom was forced to abandon plans for a total of four TurkStream lines after failing to agree on an entry point into southern Europe.

Talks between Moscow and Ankara about the project were also suspended in October 2015 after the Turkish military downed a Russian warplane near the Turkish-Syrian border.

Putin and his Turkish counterpart Tayyip Erdogan eventually mended their relations and agreed to revive trade ties a year later.

Russia and Turkey have since begun to cooperate with Iran on trying to find a solution to the Syrian crisis. Putin and Erdogan are in regular contact on this and other issues.