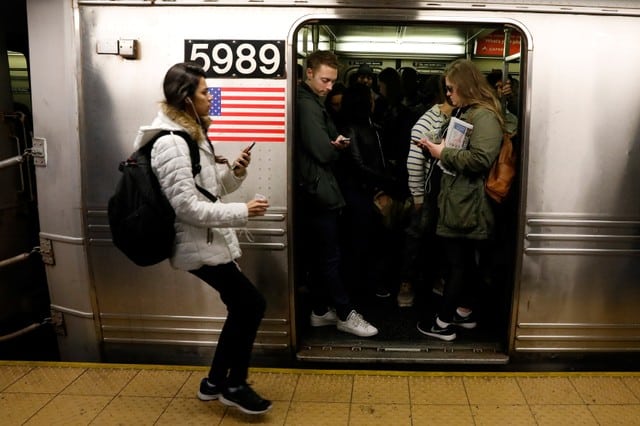 This is one contest no New York City subway rider wants to win.

An advocacy group for city commuters on Tuesday awarded its first “Worst Commute of the Week” award to a librarian from the borough of Queens for her story of an agonising two-hour wait in a tunnel one stop from her home after skipping a restroom visit before leaving work.

The Riders Alliance awards are aimed at shaming New York State Governor Andrew Cuomo and the state’s Legislature into enacting a long-term plan to fund and fix the city’s declining subway system.

The inaugural winner, City University librarian Jennifer Tang, recounted being trapped underground on a train when the last five minutes of her ride home from Manhattan to the Forest Hills neighbourhood in the borough of Queens on Jan 20 deteriorated into two hours.

“I hadn’t used the bathroom, figuring I only had a 30-minute commute from Manhattan to Queens,” Tang, 49, said in an interview. Then the train stopped and an announcement warned of signal problems.

The Riders Alliance invited commuters to share their stories using the hashtag #WorstCommute. Winners of the contest receive a chocolate replica of the MetroCard, which the subway system’s roughly 6 million daily riders swipe to enter stations.

Cuomo controls the Metropolitan Transportation Authority, the public agency that runs the subways. His transportation spokesman, Peter Ajemian, said, “The Governor has taken aggressive action to fix the subways.”

Ajemian said Cuomo’s actions have included funding the state’s half of the “Subway Action Plan,” and redirecting revenue streams directly to the MTA, and investing $8.6 billion in the MTA’s capital program. He said the governor’s office will work with the state legislature and New York City to ensure funding for the subways.

Overall subway on-time performance has plummeted to 65 per cent – a drop of 15 percentage points over the past several years and the worst of any major transit system in the world, the Riders Alliance said.

Tang said the Jan. 20 incident stands out as a personal worst in a lifetime of subway riding: “Even in the ’70s when I almost got mugged on the subway, I never had such as horrible experience on the train.”

Psychotherapist on picking up the pieces