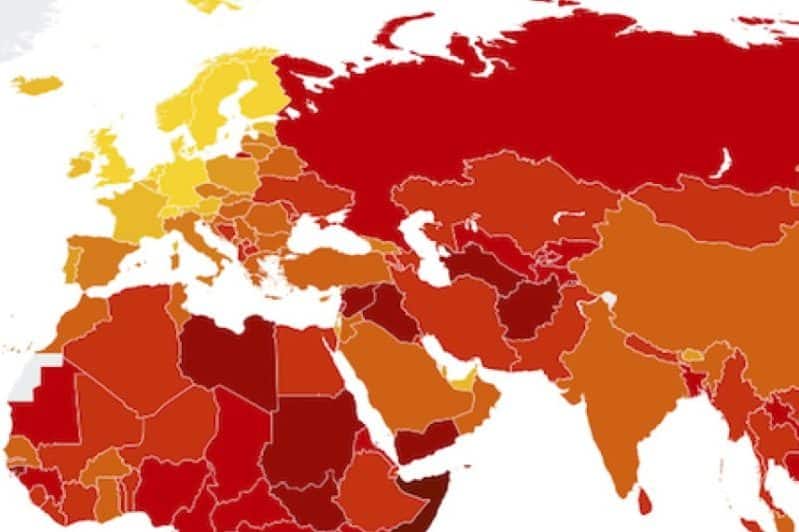 Transparency International, the global anti-corruption watchdog, promoted Cyprus to rank 42 in its 2017 Corruption Perception Index from 45 the year before as the island improved its score from 55 to 57.

Cyprus was placed on the same rank with the Czech Republic, Dominica and Spain, just below Latvia and the Caribbean island-state of Saint Vincent and the Grenadines, beating Georgia and Malta, the Berlin-based non-governmental organisation said in a statement on its website on Wednesday.

New Zealand topped the list -which included 183 jurisdictions- scoring 89 points, ahead of Denmark which scored 88 points and Finland, Norway and Switzerland which scored 85 points, Transparency said. Somalia was perceived as the most corrupt state worldwide with just 9 points, while South Sudan and Syria were ranked 182nd and 181st with 12 and 14 points respectively.

Two remanded in connection with smuggling over 5kg of cannabis

Real rise to third after beating Leganes without Ronaldo