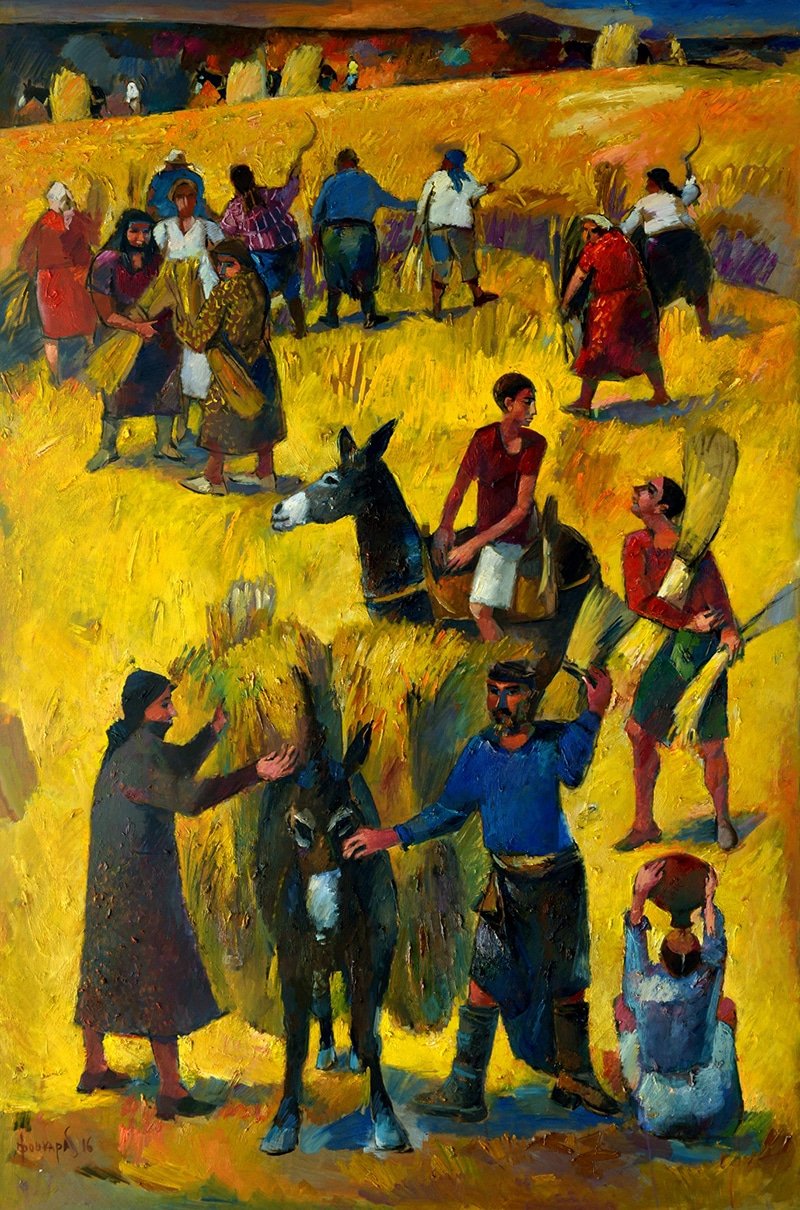 Gloria Gallery in Nicosia has been providing artists with the perfect platform to showcase their works for over 40 years. Adding to the gallery’s long string of exhibitions will be Christos Foukaras as of Friday, when his solo exhibition Deep Memories will grace the gallery with its traditional feel and nostalgic atmosphere.

The well-known artist’s latest exhibition follows on from the theme of his previous collections. As with the exhibitions The World of Our Ancestors and The Flight of the Ancestors, Deep Memories is a visual tribute to a world that is lost to us forever. These three bodies of works are testimony to Foukaras’ conscious effort to keep the traditional image of Cyprus and the people who lived in past times vibrant in our memory.

The paintings within this collection present the Cypriot landscape with light and shade playing a great part. Each shade, each ray of light expresses a feeling that is linked to the scene and those within it. The expression of light and the colours on canvas add to the aesthetic quality of the work and presents the images as humbly as possible.

“Sowing the fields, cultivating the land and harvesting the products is all a part of our course as human beings. This course is tiring, it take times and sweat until the bread reaches the table. Through this course a journey is taken, one of self-awareness in a rough and dark world, a world that is also magical, where dreams can be thought up and hope can thrive,” the artist said of the world he has depicted on canvas.

Foukaras, from Kissonerga, studied art at the Surikov Art Institute in Moscow (1970–1976). After his studies he moved to Athens where he worked and exhibited a series of works inspired by the events of 1974. From 1979 until 2004, he worked as an art teacher in secondary schools.

He has presented solo exhibitions in Moscow, Athens, Nicosia, Paphos and Larnaca, and he has taken part in group exhibitions in Thessaloniki, Budapest, Moscow, New Delhi, London and Cairo.

Save the Children apologises for inappropriate behaviour by ex-CEO