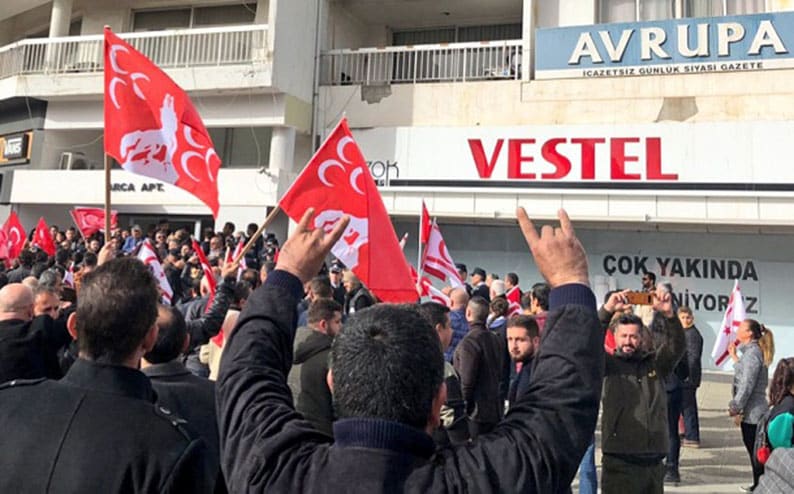 The attack on the offices of Afrika newspaper in January 2018

According to Turkish Cypriot media, the head of Turkey’s ruling party – AKP – supporters from the Hatay province in southern Turkey, Mehmet Ipek was sentenced to six months, along with another man. Two men were sentenced to three months, another man to two and another to four months.

The six men had been arrested following the protests and demonstrations last month outside Afrika newspaper.

A group of angry demonstrators on January 22 attacked Afrika after the daily likened Turkey’s Afrin operation in northern Syria to Ankara’s occupation of the north. Turkish President Tayyip Erdogan had called on his “brothers” in north Cyprus “to give the necessary response”.

Protesters threw rocks and eggs at the building smashing windows and brought the newspaper’s sign down causing significant damage.

Under-Secretary-General for Peacekeeping Operations to visit

Britain wants to discuss length of Brexit transition with EU