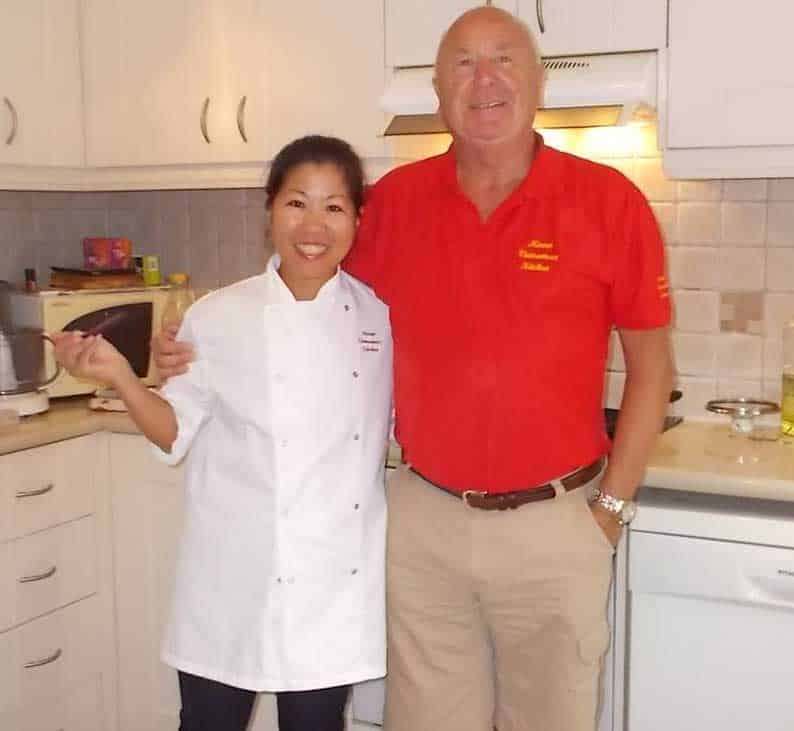 An upcoming sponsored hair-cutting event in Pissouri aims to raise funds for a Paphos charity that provides vital support for cancer patients and their families.

She said that although the couple had profusely thanked the surgeons, the medical centre and the nurses who looked after Brian on a daily basis for two months following his operation, as well as the plastic surgeon who performed his reconstruction, she felt that it was still ‘not quite enough’.

“I wanted to say more about this scary period of our lives and I want to do something memorable and helpful for others who are maybe experiencing this dark time in their life,” she said.

Her husband reached a year clear of cancer this week, surviving an aggressive melanoma which was removed from his chest wall in a five-hour operation last year.

“I would advise people to get any marks on their skin checked immediately. I though mine was a bite but it wasn’t painful and apparently doctors said it started as a tiny birthmark, just a slight discolouration, and grew to the size of my small fingernail,” he told the Cyprus Mail.

However, the cancer had invaded his chest wall and he was immediately admitted for surgery. Moon is now collecting sponsorship for the event which will take place at The Vine Leaf in Pissouri, on Friday March 30 at 7.30 pm. Organised by popular amateur singing group, the almost forty strong Paphos Zingers, the event will see the highest bidder cut off Moon’s hair which will be plaited ahead of the snip.

Her hair, which measures in excess of 21 inches, will then be donated to CPSG and sent off to Nicosia to help make wigs for patients undergoing chemotherapy, said Zinger and friend, Karen Roe.

“Since 2012, the Zingers have raised funds exclusively for the cancer patients support, around 70,000 euros so far,” she said.

The Paphos CPSG help to provide numerous services for cancer patients and their families including free home care nursing – similar to Macmillan nurses in the UK- psychosocial support, travel to the oncology centre in Nicosia and a free helpline.

In all, the Zingers have raised almost 90,000 euros for charity since they started fundraising in 2011.

Waters said that he hopes that sponsors will be generous and that the event will raise in excess of one thousand euros for the hard working charity.

“It is very supportive of Moon and although it’s a sacrifice, it will grow back, when in so many other cases it will not. Its great she wants to do it,” he said.

The event will include a performance by the Zingers, a Greek Buffet and a raffle.

Our View: Any notion of international condemnation of Turkey has been laid to rest

Livadhia residents say in danger of drowning in their own sewage