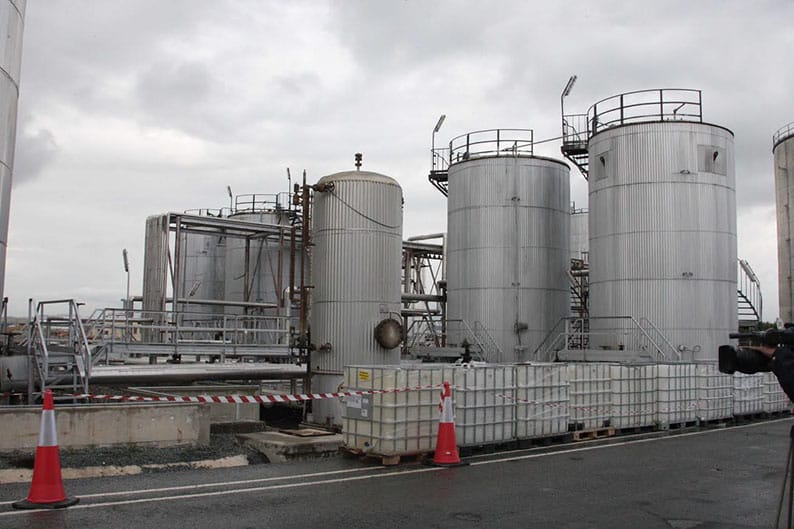 The gas storage tanks in Larnaca pose health and safety threats to people living in the surrounding area and should be removed, MEPs on the European Parliament’s Petitions Committee said in a statement on Thursday.

The committee on Wednesday approved a series of recommendations following their fact-finding mission to Larnaca last September to look into the effects of the city’s industrial port on the local area.

Petitioners, they said, had expressed concerns over industrial activities close to beaches and residential areas.

MEPs urged Cypriot authorities to speed up the process of removing the controversial gas storage tanks, in particular as a removal decision has been pending for 17 years. They also called on the authorities to communicate a precise date by which the removal process is to be completed to local residents and affected municipalities.

The petitions committee stressed the importance of enhanced public dialogue on the matter, and proposed that a joint meeting should be held between the Cyprus Ports Authority, relevant ministries, the Cypriot Ombudsman, the auditor-general, and petitioners.

“Increased transparency and a greater disclosure of information to the public regarding the future development strategies for the port of Larnaca, neighbouring Aradippou and other ‘pertinent’ areas is also recommended,” the statement said. “Cypriot authorities should also clarify the terms of the recent renewal of license for the facilities at the Larnaca port, and particularly the nature of operations allowed.”

On Thursday, Larnaca’s municipal council decided to give dialogue a last chance before taking more drastic measures over the failure to relocate the fuel and gas installations to Vassiliko.

In line with the EU Parliament’s recommendation to enhance public dialogue on the matter, the council decided to hold a public meeting on March 1 where people can express their views on the issue.

Larnaca mayor Andreas Vyras said his suggestion was to take immediate action, but it was decided by the council to exhaust all avenues through talks and negotiations.

As a first step a meeting will take place at Larnaca’s municipal theatre on March 1 at 6pm.

According to the mayor, “the President of the Republic will also be informed in a letter expected to be sent by Friday, February 23, which will mention everything that has been done and has not been done so far for the relocation of the installations.”

In the letter, he said, the responsibilities of the state authorities will be pointed out and if the municipality’s demands are not satisfied within a short period of time, new actions will be planned.

“We have carried out our own research on what is not happening in the matter of the movement of the petroleum installations,” he said, adding that the main problem is that the government departments, the interior and energy ministries, lack coordination.

A ministerial decree to move the oil companies to Vassiliko expired on January 31, 2017 without being complied with.

Vyras has repeatedly called for specific measures and fines to be enforced so that the installations would be moved, something that he says should have happened years ago.

Explosion at US embassy in Montenegro, attacker blows self up