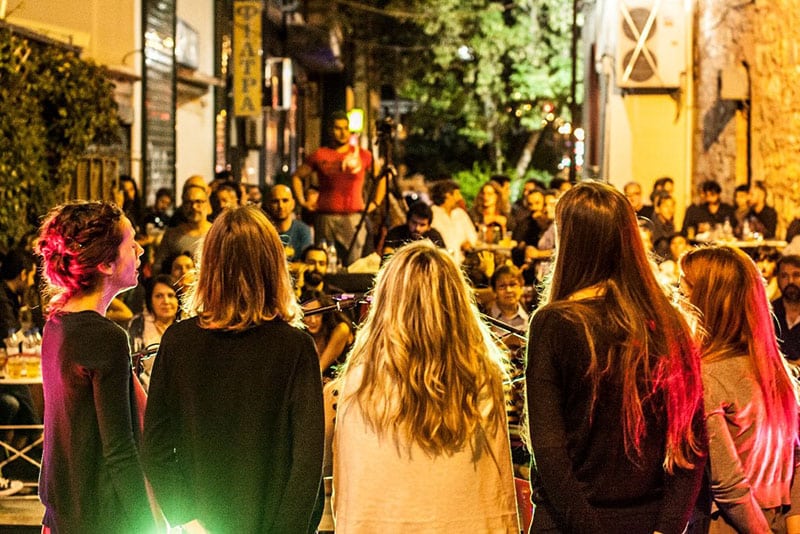 The weekend is set for polyphonic music in Nicosia and guitar and wind-instrument music in Paphos.

In Nicosia, it will be a female affair at the Kastelliotissa Hall with the girl band Dioni Polyphony from Thessaloniki. The concert, which is organised by the University of Cyprus, will take us on a journey from the old polyphonic songs of Epirus right through to the present. Epirus polyphonic music is a very special kind of musical composition using only one instrument – the human voice. This kind of music has influences attached to it from south Albania, Italy, Bosnia, Serbia, Bulgaria, Romania and other parts of the world. The thread of polyphonic music from area to area creates a means of communication, and a chance for neighbouring countries to get to know each other’s cultures.

Polyphonic music dates back to antiquity, and it is the only kind of music in Greece that has preserved the pentatonic scale – a musical scale with five notes per octave.

According to the Dioni Polyphony group, “our need to express ourselves through polyphony music, in exactly the same way as our grandparents and parents have done before us, led us to form our group in Thessaloniki in the spring of 2004. Our goal as a group is to preserve the sounds we have been brought up with, while also contributing to their evolution with our own way of expression.”

Meanwhile, in Paphos, the Technopolis 20 Cultural Centre will entertain us with the sound of the guitar on Saturday, and wind instruments on Sunday.

The Cyprus Guitar Trio, made up of Vasilios Avraam, George Christofi and Socrates Leptos, will entertain the audience with well-known works written specially for three guitars by great composers such as de Ferranti, Margola, Ferenc and Kaps, among others.

The Cyprus Guitar Trio was founded in 2015 and is dedicated to the promotion of the important yet unexplored repertoire of pieces that combine three classical guitars, including the creation of new works for this combination as well as the arrangements and transcriptions of existing works.

Sunday’s concert, ‘Wind’s Stories’, is suitable for the whole family as it is part of a series of concerts which are ideal for children and families, organised by the Children’s Philharmonic Society of Paphos.

The 4pm concert will give children the chance to learn about the different families of musical instruments in a symphony orchestra, the history of their origins and the peculiarities of each specific instrument.

This first concert in the series will present the wind instruments in a live performance that will introduce the flute (Maria Avraam), oboe (Klaus Storm) and bassoon (Evangelos Christodoulou) to the audience, also joined by a piano (Natalia Lezedova). The music will be accompanied by a story, in Russian and English, and also thematic videos so the children can enjoy a more interactive way of learning.

Works by G. Faure, E. Kohler, J. Andersen, B. Labate, A. Owen, M. Hadjidakis, and Ph. Gaubert will be performed.