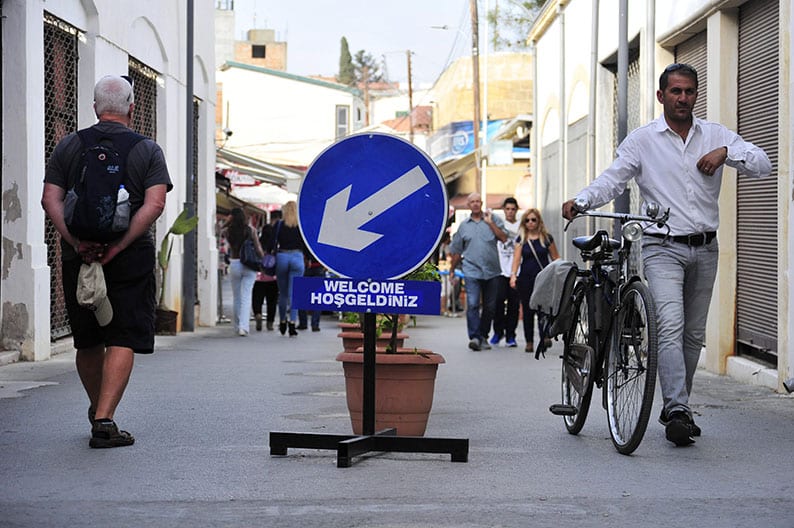 ECONOMIC determinism is the philosophical-methodological theory of Karl Marx, which accepts the existence of causality, the universal causal and inevitable association of all phenomena. In other words, according to this theory, economic relations determine all social and political objectives and, in addition, social classes, the economy, religions, institutions, values and norms and, arguably the most important, the course of history.

I will not go to faraway countries for examples. I will start from our Exclusive Economic Zone. The reasons Turkey is intervening and reserving the Cypriot EEZ with the issuing of Navtex warnings are, of course, economic. If in July 1974 Turkey knew for sure the locations of natural gas deposits then for sure her army would have invaded through the south and the composition of the refugees would have been very different. Economic determinism could foresee the possible behaviour of the Greek Cypriot in regarding the problem that has arisen with the EEZ.

It is well-known to everyone that tens of thousands of Greek Cypriots are opposed to a Cyprus settlement because of economic self-interest. With the discovery of huge natural wealth that is estimated to be worth tens or hundreds of billions of euro, the setting has drastically changed. Some say that this mythical wealth is a blessing while others describe it as a curse in view of the non-solution and the new aggression of Turkey.

There is, however, a more refined evaluation. The difficulties we are now facing as a result of Turkey’s intervention and the realisation that we will never be able to exploit this wealth without a settlement is a blessing in disguise. Because when, for example, the landowner of Paphos or Limassol is convinced that, in the event of a settlement he would be, without a doubt, in a much better financial position despite the fall in the value of his land holdings, then miraculously, his rejectionism would evaporate and prospects of a settlement would be better than ever before.

Probably, the best example of economic determinism is the analysis of the causes of the destruction suffered by Cyprus in 1974. During Ottoman rule (1571-1878), Cyprus may have, in theory, been ruled by the Bey, appointed by the Pasha but in reality it was ruled by the Archbishop with the clergy. The former was responsible for the imposition and collection of taxes and his leadership role was indisputable. We should therefore not be surprised by the zeal showed by every archbishop to maintain the status quo and fight any display of insurrection. Why would he not fight it having become the natural ally of the Turkish oligarchy?

He was, in short a nenekos (collaborator of the occupier). There were, admittedly, some Greek Cypriots that participated in liberation initiatives, before and during the Greek war of independence of 1821, but as the researcher Giorgos Giorgis explains in his book, ‘The Cypriot Contribution to the Revolution of 1821’, no parallel revolutionary activity took place in Cyprus. He wrote: “… there was disarmament of the island, there was compliance of the residents to the calls of the Pyli (Ottoman government) and the archbishops were making efforts to prevent the outbreak of any anti-regime action by the Cypriots.”

How do we explain the turn towards Greece, with the arrival of the British to the island in 1878? The change in regime was an immense shock for the Church of Cyprus. Suddenly, the whole world was turned upside down by the creation of a secular state by the British. The economic privileges enjoyed by the Church were abolished. The Church was no longer exempt from taxation for land ownership, but was also obliged to pay taxes. In addition to this, members of the clergy that violated civil law, were now tried in civil courts instead of church courts.

The only way for the Church to regain its lost privileges would be through Enosis, a concept unknown in the 19th century. The choice of Enosis at the start of the 20th century was the most ‘advantageous’ because in Greece there was never separation of State and Church. While the option of independence, in contrast to that of Enosis, was an attainable target it was not discussed because of the power of the Left which controlled the municipalities of all towns (except Nicosia’s) as well as the trade unions. In the event of the Left taking power, in an independent state, there would be complete secularisation, which was anathema to the Church.

Faced with the prospect of the marginalisation of the priests, the Church cultivated through education over which it still exercised some control, the yearning for Enosis and inspired, organised and financed the armed struggle. Unfortunately, for the Cypriot people, the Church leaders could not, because of ignorance, short-sightedness and narrow-mindedness, understand that this objective, especially with an armed struggle, was clearly unattainable and would end in national tragedy.

Kyriacos Matsis, the Eoka hero, had told Governor Harding, with regard to the Eoka uprising, that “we are not staging the struggle for money.” I doubt that any of the high-ranking priests of the time could have said this, with his hand on the bible, without removing ‘not’ from the sentence.

I would not be surprised if some are taken aback by the conclusions of this article. After all the books on the history of Cyprus were written by the ruling class, the Church. And as Marx said, analysing economic determinism, the dominant ideas of every period were the ideas of the ruling class.