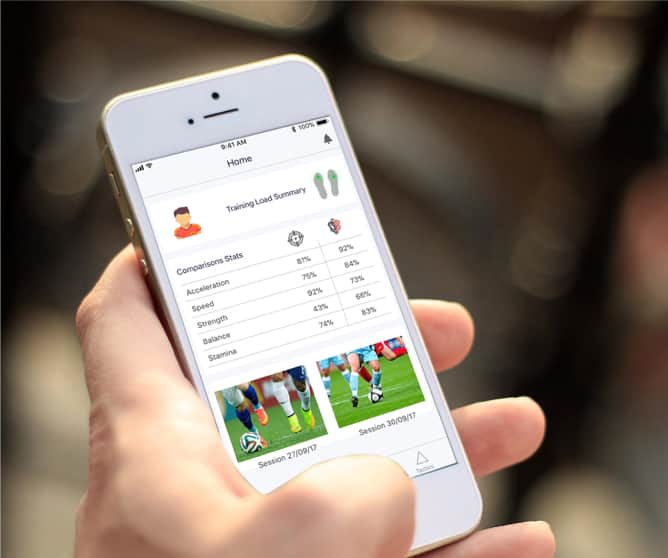 ENGLAND fans bemoaning the fact that so few English players are given opportunities for their respective Premier League sides, should spare a thought for the continuing travails of the Cypriot national team.

Incredibly, more than 80 per cent of players plying their trade in the Cyprus football league in 2017 were foreign, a huge 15 per cent spike on the previous year. Those eye-watering numbers – accumulated by the Football Observatory of the International Centre of Sports Studies (CIES) – means that it’s slim pickings indeed for national team head coach, Ran Ben Shimon, when it comes to selecting a squad of players capable of mixing it with even the lowest ranked European teams.

The lack of effective youth development has long been blamed for the dearth of talent emerging on the island. However, Cyprus football could be on the verge of a paradigm leap forward thanks to a groundbreaking sports wearable technology company that’s aiming to transform the fortunes of the next generation of local talent.

After years of extensive research, testing and fine-tuning, SportScientia have developed a revolutionary smart insole that is set to change the way grass roots players measure performance.

SportScientia’s technology builds a virtual CV for players centred around the performance data they generate, but that’s just the tip of the iceberg; this real-time data can predict and prevent injuries once the technology learns an individual’s unique characteristics. It’s a staggering development, and one that could revolutionise the game.

“Football here in Cyprus is something that I’m hugely passionate about, and it’s a crying shame that we’re not developing more quality players on the island who can then graduate to the professional set-up,” said Peter Lazou, co-founder of SportScientia.

“To improve our league, get more Cypriot nationals playing in it, and to improve the fortunes of our international team, we need to be ahead of the game. The smart insole that we have developed here in Cyprus, could be the answer.”

SportScientia’s 3P smart insole works by using advanced force sensors to measure and monitor player weight distribution, gait, load and movement. All the generated data can be viewed and visualised via a fully-customisable mobile app, which delivers tailored, real-time data for players, athletes, physios and coaches.

“It allows an individual to monitor their performances and work on weaknesses, and in effect it will create that individual’s very own virtual CV. This will also make it easier for them to be scouted, because they can prove their performance data,” added Peter.

“In a team situation, the technology allows a club to always monitor a player’s entire biomechanical dynamics, whether that be in a warm-up, warm down, training or match scenario. It generates real-time data on a mobile app so that coaches and managers can build programmes to improve athletic performance and tweak their sessions if they see that a player may be struggling physically, or may be prone to an injury.

“Spotting a potential injury in a young player, and preventing it from happening, could be the difference in a player getting a scholarship, an apprenticeship, or a professional contract.

“This injury prevention scenario also has the potential to save big clubs and sports organisations millions in revenue by keeping their highly paid stars on the pitch instead of the treatment table. And that’s what we want to help develop here in Cyprus – top quality, highly paid stars who can grace our league and any other league in the world.”

It’s a real statement of intent from a hugely ambitious organisation. And Peter is already looking much further afield than football.

“We want to revolutionise smart, wearable technology across all sports – as well as eSports, gaming and various other industries – by collecting biometric performance data, interpreting it, and delivering predictive information.

“However, our top priority at the moment – in fact it’s our mission – is to improve football here in Cyprus. We are confident we can help achieve that, and ensure that the next generation of emerging talent can fulfil their full potential,” Lazou concluded.

Iran says attacks on “terrorists” in Damascus suburbs to continue

Mountain roads closed because of snow