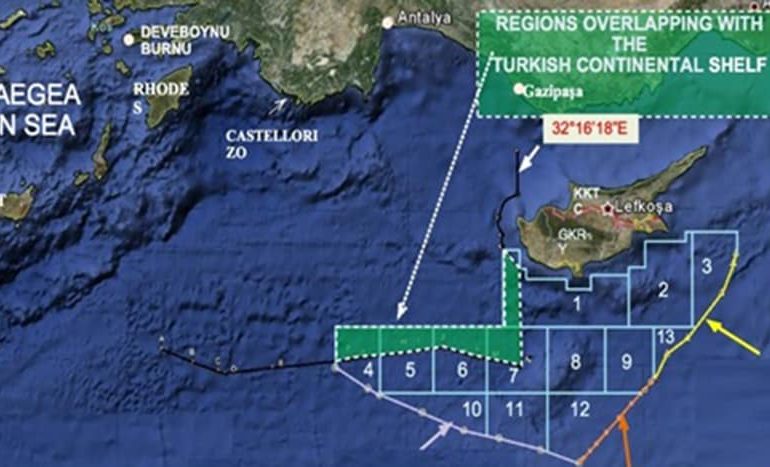 The Turkish Cypriot leadership seems to be willing to sacrifice not just their rights but also their future to Ankara, government spokesman Nicos Christodoulides said on Sunday.

He was responding to statements by Turkish Cypriot ‘energy minster’ Ozdil Nami saying the island’s hydrocarbons programme should be co-managed or frozen until a Cyprus solution was reached.

Christodoulides told CNA in response: “It is remarkable that, firstly, the Turkish Cypriot leadership seems willing to serve any plans by Turkey, which will sacrifice not only the rights of the Turkish Cypriots, but also their own future.”

Commenting on the terms and conditions as laid down by Nami,  he added: “Since the convergence at the negotiating table on the issue of natural resources is clear, the reluctance of the Turkish side to resume talks is apparent”.

“Mr Nami’s warnings about Turkey’s intentions, are also in fact warnings to the United States, France, Italy, Israel, Egypt, and of course the EU itself,” he added, referring to Nami’s threat that Turkey could and might even resort to blockading all of the plots in the island’s exclusive economic zone.

Opposition Akel said Nami’s comments were “not helpful” in the least and instead just escalated the crisis.

“There is no question of co-management of energy issues, while with the force of arms, Turkey illegally occupies part of our homeland,” the party said.

It added that its position had not changed and that it considered the Turkish Cypriot community as an integral part of Cyprus who would also have rights to the natural resources of Cyprus but only in the context of a political settlement “without armies and occupations”.

“Declarations that keep Turkey on the scene and those that include indirect threats to prevent the exercise of the sovereign rights of the Republic of Cyprus do not serve the well-understood interests of either Greek Cypriots or Turkish Cypriots. On the contrary, they serve only Turkey,” it said.

What was crucial was the de-escalation of the crisis, the continuation of energy planning and the creation of the prospect of resuming dialogue within and under the auspices of the UN, Akel said.

The party called Nami’s comments “provocative and unacceptable” and “indicative of Turkish expansionism and mentality”.

“Unfortunately, Mr Nami does not serve the best interests of the Turkish Cypriot community, but speaks as Ankara’s mouthpiece,” it said.

Diko said the energy programme of the Republic was “a legitimate sovereign and inalienable right” and that Turkish Cypriots must realise this so they can benefit after a solution.

“Mr Nami’s statements are unique in promoting Turkish interests in Cyprus. The fact, however, that he uses the rights of Turkish Cypriots as a front, creates serious risks,” it said.