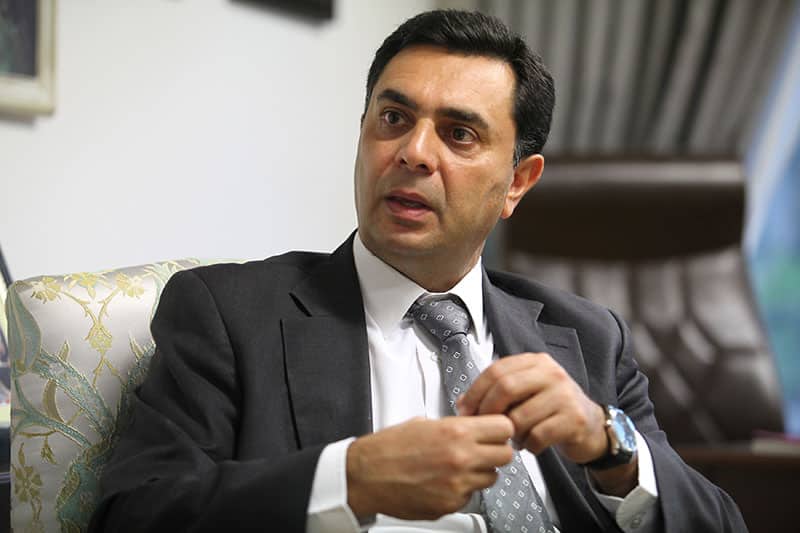 Turkish Cypriot ‘energy minister’ Ozdil Nami has said that there should be co-management of the island’s natural reserves right now or Greek Cypriot energy plans should be frozen until a Cyprus settlement is reached.

In comments to Phileleftheros, published on Sunday, Nami made it clear that Turkey was in a position to block planed drilling in all areas of Cyprus’ exclusive economic zone (EEZ) and did  not rule that out.

Ankara blockaded the path of a drillship belonging to Italy’s ENI in block 3 for two weeks. The Saipem 12000 is now due to leave for Morocco early in the week having failed to reach their drill site.

The breakaway regime lays claim through its own ‘exclusive economic zone’ , which in effect says that half of Cyprus’ EEZ belongs to them, including blocks 1, 2, 3, 8, 9, 12 and 13.

Turkey, which says it is protecting the rights of Turkish Cypriots, also has claims on parts of various blocks in Cyprus’ EEZ saying the areas in question form part of its continental shelf. The claim includes part of blocks 1, 4, 5, 6 and 7, to the south and southwest of the island.

Block 10, awarded to US giants ExxonMobil, which is due to drill in the coming months is not contested by Turkey.

However Nami when asked about block 10 reportedly said: “Turkish Cypriots have rights to all blocks. The natural resources of Cyprus belong to all Cypriots. Both sides therefore need to be involved in a mechanism that ensures that they have a say and will benefit from these natural resources. The fact that we did not take any action on block 10 does not mean that we will not take action in the future. ”

But it can all be avoided, he added, if Greek Cypriots accept co-management of the gas, or freeze plans until a Cyprus solution, even suggesting a formula for this be drawn up as a prerequisite for resuming the settlement talks. He also said he believes this could prove to be a vehicle that could lead to a solution of the Cyprus issue.

If there is no possibility of such an interim energy agreement, Nami said Turkey could intervene and prevent drilling in block 10 as well. “It could happen. It depends on the situation at the given time. There should be a dialogue with the Turkish Cypriot side on hydrocarbon issues in order to resume talks on the Cyprus issue within a defined timetable. Dialogue, or the freezing of drilling activities to avoid the poisoning of the talks climate”.

Asked whether when referring to a dialogue with Turkish Cypriots did he mean co-management of any hydrocarbon reserves, Nami said: “Yes, from A to Z,  take joint decisions on who is active in the EEZ, when and how. We have to reproduce what would take place in a federal Cyprus. And we have to do it today. If we insist on taking advantage of natural resources before a solution to the Cyprus problem, then we will have to apply from now on what would happen in the context of a solution. If one tries to use the hydrocarbons as a pressure lever to the other side, then this will certainly be a source of tension. Why should the Turkish Cypriot side allow the Greek Cypriots to use such a pressure lever?”