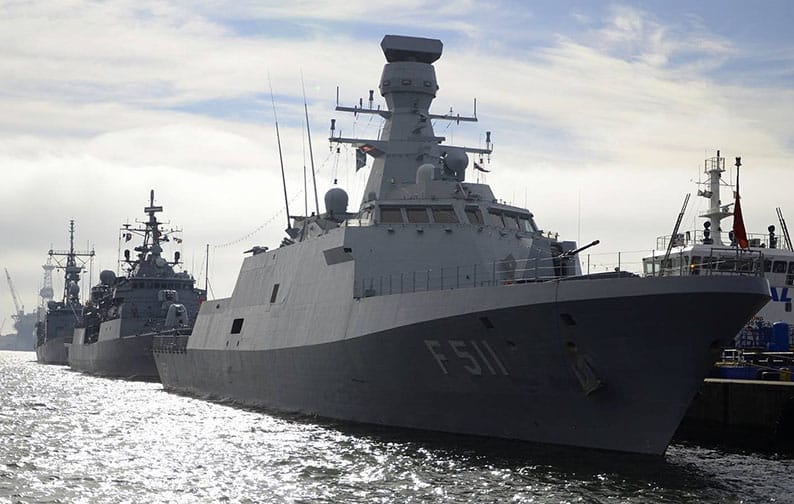 He was an old Anglophile who was unhappy Britain was leaving Cyprus. Like many Turkish Cypriots he would have been much happier if the British stayed a little longer and departed gradually without rancour. Would that they remained until 1974!

The lead up to independence was that Britain could no longer justify her empire to the world after the Suez debacle in 1956. The ‘winds of change’ speech by prime minister Harold Macmillan in 1960 heralded the end of empire and the beginning of a liberated Britain.

Boosted by Indian independence, anti-colonialism had gathered so much pace that by 1959 Britain’s departure from Cyprus became inevitable. Unfortunately, the harm to community relations had been done by then and we have been living with the consequences ever since.

The peculiarity in Cyprus was not that the British were not prepared to grant Cyprus independence but that the clamour of the Greek Cypriot majority was not for independence but for self-determination with a view to union with Greece (enosis). For Turkish Cypriots, however, enosis would have meant abandoning benevolent British colonial rule for Greek colonial rule – not a happy prospect if you were Turkish Cypriot.

The British were aware that enosis was anathema to Turkey too. After all they had acquired sovereignty over Cyprus from the Ottoman Empire in time of war that was only formally renounced by Turkey in the Treaty of Lausanne in 1923, shortly after a war of independence from Greece and her allies.

Although initially the British played the game of divide and rule between Turks and Greeks, in the end common sense prevailed. The British took a pragmatic view and decided that what they needed were ‘bases in Cyprus rather than Cyprus as a base,’ so that when in 1959 the Greek Cypriots seemingly agreed to forego enosis, the British were prepared to grant Cyprus independence, provided it was wrapped in guarantees to ensure the they did not have exclusive sovereignty ready for use as a stepping stone to enosis. As enosis is no longer on the cards there is no point going on and on about it given that it has now become unnecessary.

According to professor Rosalyn Higgins QC – who became president of the International Court of Justice –  the 1960 Cyprus agreements made the independence of Cyprus ‘borderline’ – presumably because Turkey claimed that the right to unilateral intervention under the treaty of guarantee included a right to use force beyond that authorised by the UN Charter.

Be that as it may the treaty of establishment identifies the territory of the Republic of Cyprus as being the Island of Cyprus apart from two small areas that were to remain under British sovereignty. The mechanism used to bind Cyprus to uphold independence and prevent enosis, was by making the republic a party to the independence treaties and to give the treaties constitutional force.

The handover of the above international benefits was in fact to the Greek and Turkish communities conjointly in the shape of the government of the Republic of Cyprus as provided in the constitution, comprising a Greek president, a Turkish vice-president and a council of ministers with at least three departments of state reserved for Turkish Cypriot ministers –  one of which had to be either foreign affairs, defence or finance – and a civil service at a ratio of 7:3 between the two communities.

But contrary to the constitution the internationally-recognised government of the republic has been exclusively made up of members of the Greek Cypriot community since 1963, which was not what was envisaged in the treaties and the constitution.

In 1964 an exclusively Greek Cypriot government of the republic invoked the maxim of necessity to suspend the constitution that required Turkish Cypriot participation, even though it is by no means clear that it could do so under the treaties, without the agreement of the other parties.

Both sides cherry-pick international law whenever it assists and discard or ignore it when it does not assist. It is beyond the scope of this short piece to go into the legal arguments in detail. We are where we are in that the government of the republic is recognised internationally and it does not matter in international law if this may not be in accordance with the constitution of Cyprus.

Even so, the treaty of establishment makes provision for the resolution of disputes of the nature claimed by Turkey. If there is any question or difficulty in the interpretation of the treaty that cannot be resolved though diplomacy, it is supposed to be referred for final decision to a tribunal composed of four representatives, one each from Cyprus, Britain, Greece and Turkey and an independent chairman nominated by the president of the International Court of Justice.

This is the civilised way of solving problems about the seabed. The wealth beneath the high seas belongs to mankind but exceptions such as EEZs were introduced to protect weak states, primarily along the coasts of South America and Africa, from big maritime powers such as the US, Russia, UK and France. In the Mediterranean there are special problems that require agreement and consent rather than megaphone gunboat diplomacy.

The question of interpretation that arises is: given that the Republic of Cyprus gave an undertaking under an international treaty to respect its own constitution, which provides for Turkish Cypriot participation in the government of the republic, is the present Greek Cypriot government the legal successor to the original government to which the international benefits were transferred by virtue of their application to the territory of the republic?

In other words, is the present government of the republic entitled to supervise and manage Cyprus’ EEZ without the participation of the Turkish Cypriot community envisaged under the treaties and without giving that community a say on how the benefits of Cyprus’ EEZ are to be shared?

To resolve this, the tribunal may have to take account of Turkey’s effective control of the territory of the republic in northern Cyprus and whether it is unlawful, and the status of the TRNC.

As I said, the government of the republic has invoked the maxim of necessity to justify excluding Turkish Cypriot participation in the government since 1963, but owing to the de facto division of Cyprus in 1974, it has not felt the need to properly address the difficult concept of necessity in the context of its international obligation to respect the constitution of the republic.

I am more of an olive oil man myself. I regard petrochemical oil and gas reserves as a curse. I know I should leave this to the Greens but I am not sure they have organised any campaign to resist the multi-national oil companies polluting the Eastern Mediterranean and turning it into an oil and gas dump.

Just look at the pathetic state of the Middle East and ask if it would have been in such a mess if it were not cursed by oil and gas reserves.

Our View: Anastasiades’ must face up to the big issues as second term begins