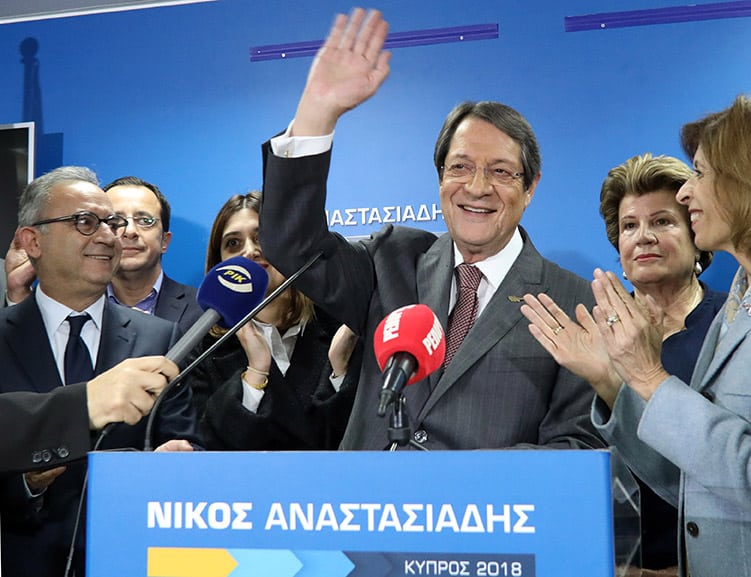 THE SECOND TERM, which President Anastasiades formally starts on Thursday, might not appear as daunting as the first but it could prove more challenging because the big issues facing the government will be more difficult to deal with. During the first term, the tough decisions such as the closing down of Laiki and the haircut of depositors were imposed on the government while the Troika-proposed measures helped stabilise the economy.

The economy is now in good shape, back on the growth path, but other issues now await the president’s attention and this time there are no ready-made formulas for tackling them. In fact, most of them are the result of a superficial approach to policy that was more concerned with form and presentation than with substance. Nothing illustrates this better than the so-called trilateral alliances that would supposedly assist the government’s energy plans and have been exposed as little more than publicity exercises.

Last Monday our energy partners Israel and Egypt signed an agreement for the former to supply the latter with natural gas. A private Egyptian company will buy $15 billion of natural gas from Israel’s Tamar and Leviathan offshore gas fields, Cyprus being left out of the deal. On Friday, as an afterthought, Egypt’s Prime Minister, Sherif Ismail, said Egypt would also like to buy natural gas from Cyprus. The reality is that Cyprus cannot sell natural gas from the Aphrodite field because, after years of negotiations with Israel, a unitisation agreement, a pre-requisite for commercial exploitation, has still not been signed. What is the practical value of the trilateral alliance when the government cannot agree a vital unitisation agreement with one its allies?

Events of the last few weeks have also exposed Anastasiades’ superficial energy planning. Turkish warships prevented the drillship of Italian oil company ENI, from reaching its drilling target in Block 3 of the Cypriot EEZ. While Turkey’s action was an unlawful act of intimidation, the government was completely unprepared for it, despite countless threats and warnings from the Turkish government. Its policy seemed to have been based on the wishful thinking that Turkey would not dare stop an oil company from a big powerful state. Italy did not protest, but its foreign ministry issued a statement, indirectly agreeing with Turkey’s objections to the drilling, while ENI, which has exploration licences for more blocks in the Cypriot EEZ than any other company, invited the Turkish Cypriot ‘foreign minister’ for talks about the matter.

The idea that he could walk away from the Cyprus talks, setting conditions the Turkish side would not accept for his return, and proceed with the government’s drilling plans was another example of Anastasiades failing to think through his decisions and facing difficult choices as a result. The response of the international community to Turkey’s unacceptable actions, was not condemnatory. Instead, the UN Secretary-General and foreign government all spoke of the need to reach a Cyprus settlement so the natural gas dispute could be resolved. Only the EU, with some delay, on Friday, unequivocally condemned Turkish behaviour and made next month’s EU-Turkey summit conditional on Turkey’s termination of actions in the Cypriot EEZ.

This was a moral victory, at the informal European summit for Anastasiades, who was supported by Greece’s PM Alexis Tsipras that reported Turkey for aggressive actions in the Aegean. Some pressure is being applied on Turkey, but the fact is that on the day the European Council took its stand, ENI took the decision to scrap its drilling plans in Block 3 and the Saipem 12000 was ordered to head for Morocco, where its next assignment will be. In the end, Turkey’s actions may have been condemned by the EU, but the Republic’s moral victory was tempered by the thwarting of its energy plans, which could put off other oil companies from carrying out exploratory drilling.

The painful truth is that Turkey will carry on with its unlawful, intimidation tactics, because it knows no foreign government has any interest in becoming involved in a petty dispute in the eastern Mediterranean. Is our government not aware of how the US, Russia and Germany have been trying to woo Turkey regardless of President Erdogan’s aggressive words and actions? If Anastasiades thought these countries would risk relations with Turkey over what is to them an inconsequential dispute in the eastern Mediterranean, he was guilty of another error of judgment. As for the EU stand, it remains to be seen how resolute it will prove, given Brussels’ dependence on Turkey for the control of the flow of refugees.

Anastasiades may have finally realised that without a settlement of the Cyprus problem his government’s energy plans will go nowhere. Turkey has made sure of this as companies would think twice about risking bringing a drillship to the Cypriot EEZ after what happened this month. As he is not keen on reunification and sharing power with the Turkish Cypriots, he may have to put partition or a very loose confederation on the negotiating table. Alternatively, he may have to reach some arrangement with Turkey and the Turkish Cypriots about the exploitation of natural gas, without a settlement, which would provoke very strong criticism domestically.

These are the big challenges he will face in his second term. We can only express the hope he has learnt a few things from the mistakes of the first term and will not repeat them in the second.