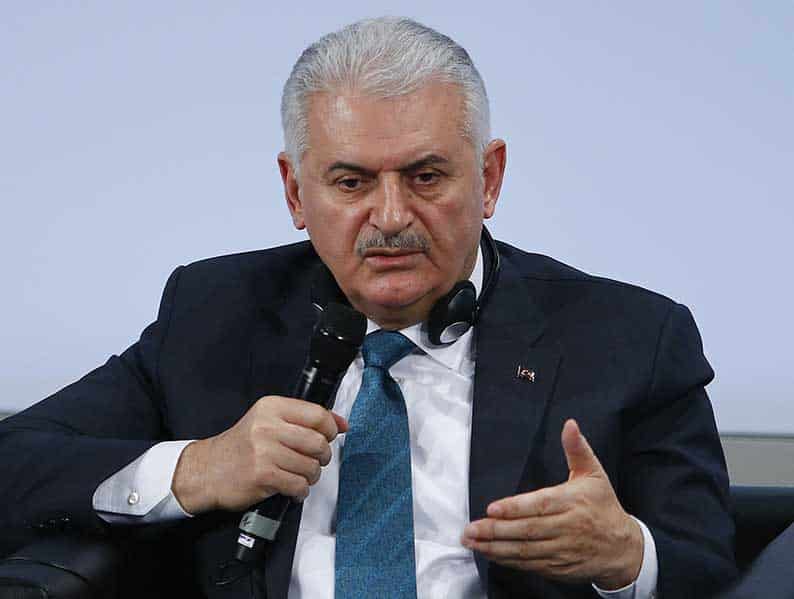 Baris Burcu was responding to comments by government spokesman Nicos Christodoulides on Sunday that the Turkish Cypriots were throwing away their future to serve Turkey’s hydrocarbon interests in the region.

Christodoulides had himself been responding to earlier statements by Turkish Cypriot ‘energy minster’ Ozdil Nami who said the island’s hydrocarbons programme should be co-managed with the Turkish Cypriots “from A to Z” or be frozen until a Cyprus solution was reached.

Nami also threatened that Turkey could very well scupper all drilling interests of the republic in the island’s exclusive economic zone (EEZ) if it chose to do so, even in blocks that they did not lay claim to.

Christodoulides said in response: “It is remarkable that, firstly, the Turkish Cypriot leadership seems willing to serve any plans by Turkey, which will sacrifice not only the rights of the Turkish Cypriots, but also their own future.”

Commenting on the terms and conditions as laid down by Nami, he added: “Since the convergence at the negotiating table on the issue of natural resources is clear, the reluctance of the Turkish side to resume talks is apparent”.

“Mr Nami’s warnings about Turkey’s intentions, are also in fact warnings to the United States, France, Italy, Israel, Egypt, and of course the EU itself,” he added, referring to Nami’s threat and to the international interests in Cyprus’ EEZ.

Burcu said on Monday that the Greek Cypriot strategy of trying to keep the Turkish Cypriots and Turkey outside the “energy policies balance “does not serve peace”.

“The Greek Cypriot side insistently turns a blind eye to this plain reality in spite of our warnings,” he said. Akinci, he added, had always exerted efforts to find a solution and protect the legitimate rights of both communities.

“In the very first meeting held with Mr Anastasiades in the evening of 11 May 2015, our president explained to Mr Anastasiades that the natural gas explorations in the Mediterranean should not cause any tension and asked for the unilateral research and drilling activities not to continue. He has warned that in case they continued the tension which would be created would negatively influence the efforts for a solution and when the negotiations officially started on 15 May 2015, he secured a common understanding regarding this issue first,” Burcu said.

“It is understood that the Greek Cypriot side is still not ready to share power and the natural resources with the Turkish Cypriots. If this is ever overcome by a change in mentality, new opportunities for all sides might be created,” he added.

Meanwhile, Turkish Prime Minister Binali Yildirim warned against any tension in both the Aegean and Mediterranean regions.

“Naval forces have the power to eliminate every kind of danger to their country under all conditions and circumstances,” he said. “No one should make a mistake [about that].”