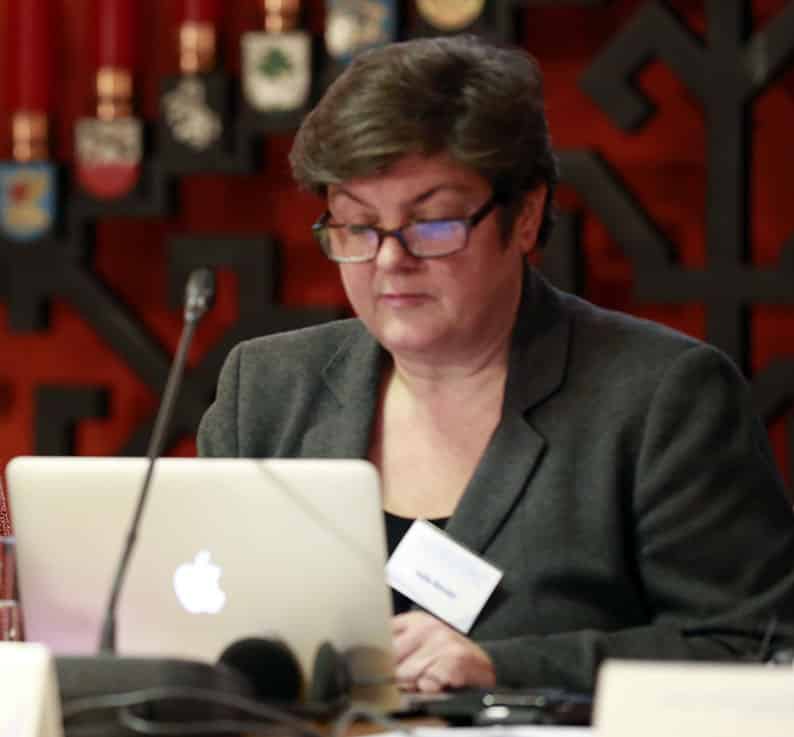 The problem with prostitution, sexual violence and trafficking is similar to pretty much everywhere in the world, Julie Bindel an English writer, feminist, journalist and co-founder of the law-reform group ‘Justice for Women’ told Cyprus News Agency in an interview.

Bindel visited Cyprus recently as a guest of MIGS, the Mediterranean Institute of Gender Studies and presented her latest book, ‘’The Pimping of Prostitution: Abolishing the Sex Work Myth’’. The book is set to be launched in Cyprus next month.

Bindel, who has extensive experience in issues related to prostitution and violence against women shared her views and suggestions as regards the dimensions of the problem in Cyprus and what the authorities, NGOs and others, need to do to tackle it.

‘’There is a vibrant sex trade, the women not the men are stigmatised, and of course it is a destination and a transit country for trafficking. We need to remember that trafficking is merely international pimping, and trafficking (as a process) could not exist if there wasn`t already a normalised and vibrant sex trade in Cyprus,’’ Bindel said.

She said the government needed to consider criminalising the demand, because demand led to the problem.

Asked whether the migration and refugee crisis had worsened the situation, she said:  ‘’Of course the most disenfranchised women end up in prostitution, some of them being migrants and refugees. The sex trade targets the most vulnerable women, and racism and colonialism of course exacerbates the problem. Women in detention centres, prisons, and refugee camps are of course the victims of sexual abuse, including prostitution, en masse,’’ she said.

‘’But we should not just rely on these women to tell their stories of horror. These women are the experts, and can help us develop policy and practice that looks towards eradicating the sex trade, and punishing the men driving this trade. They can also tell is what will deter the sex buyers,’’ she said.

To educate people and raise awareness, she said education from a young age was necessary. “But we also need to educate policymakers, government officials, lawmakers, and the general public about the social ill that is prostitution, and how it is not a victimless crime,” she said.

Replying to another questions about recent reports about sexual harassment incidents related to Oxfam and past reports about UN Humanitarian Services  mostly in African countries, Bindel said that “white powerful men” have always abused women in the developing world when they are there in the country supposedly supporting them and helping them make their lives better not worse.

Bindel has authored over 30 book chapters and reports on a range of topics pertaining to gender inequality and abuse, and writes regularly for “The Guardian”, “Independent”, the “New Statesman”, “Spectator”, and “Truthdig”.

Buffon says will accept offer to play again for Italy