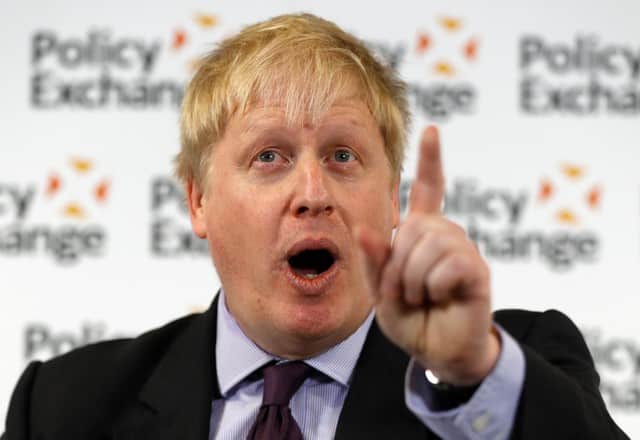 The issue of Northern Ireland’s border with the Republic of Ireland is being used to try and keep Britain in a customs union with the European Union and frustrate Brexit, Foreign Secretary Boris Johnson said on Wednesday.

The question of the border between Britain and the European Union on the island of Ireland has become one of the biggest sticking points of the Brexit negotiations.

The EU and Britain agreed in December that a final resolution of the issue could not be reached without discussion of the future relationship, due to start in March.

“The issue of the Northern Ireland border is being used quite a lot politically to try to keep the UK in the customs union and effectively the single market, so we can’t really leave the EU,” Johnson told Sky News.

Johnson was speaking after Sky reported details of a letter Johnson had written to Prime Minister Theresa May in which he said it was “wrong to see the task as maintaining no border” on Ireland.

Asked about the letter, Johnson said it had been mischaracterised and urged Sky to publish it in full.

“What the letter says is that actually there are very good solutions we could put in place that would prevent any kind of hard border, but would allow goods… to move freely, without let or hindrance, whilst allowing the UK to come out of the customs union,” he said.

The EU’s chief Brexit negotiator Michel Barnier said on Tuesday the EU would push ahead with contingency planning for the island of Ireland in the absence of concrete ideas on how to reconcile Britain‘s desire to leave the single market and customs union with pledges to avoid a hard border.

The EU’s fallback option for Ireland assumes “full regulatory alignment” would be kept between the two after Brexit and Barnier said he would present workable solutions on Wednesday.

Pro-Brexit British lawmakers want the ability to diverge from EU regulations, and to leave the customs union in order to strike trade deals with other countries more freely.

Britain’s trade minister Liam Fox on Tuesday attacked the opposition Labour’s party plans to remain in a customs union with the European Union on Tuesday, calling it a betrayal of the millions of people who voted for Brexit.

Mirror, mirror on the wall, which is the best parody of them all