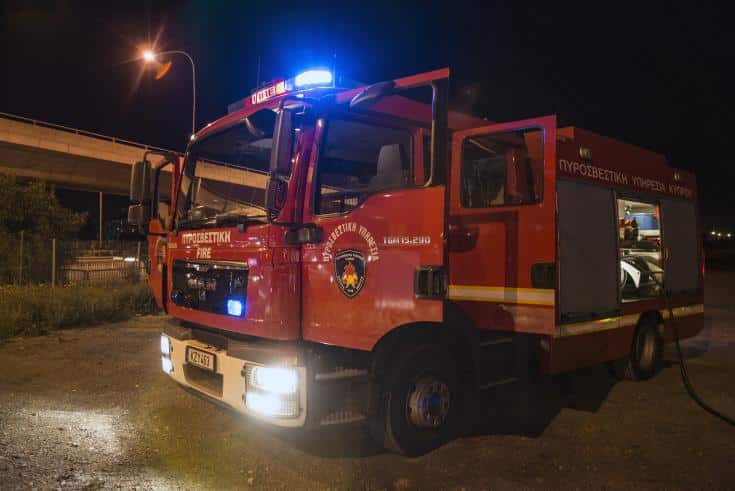 A car was destroyed and a man was taken to Nicosia general hospital with respiratory problems after a fire broke out in the basement of an apartment block in Nicosia on Wednesday morning.

The fire which engulfed the vehicle most likely started because of a mechanical or electric problem. According to police, the car had had similar problems before.

At 9.15am the fire services were informed of the blaze in the basement of a building in Prodromos avenue where company offices are housed.

When the fire fighters extinguished the fire and were about to evacuate the building as a precaution they found a person in another car in the parking area who was transferred to hospital because he had trouble breathing.

The fire services believe the driver tried to move his car from the scene but got stuck because of the smoke.