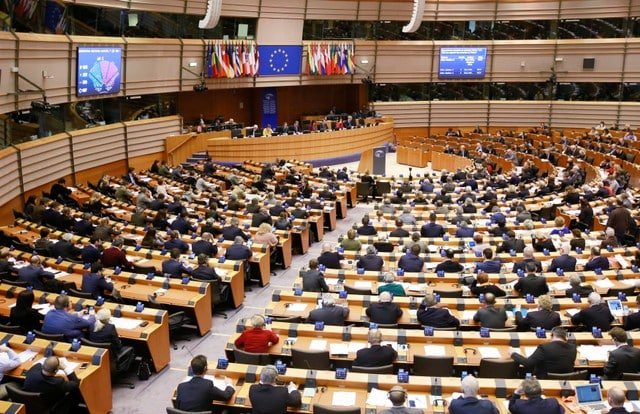 European Union lawmakers on Thursday supported taking unprecedented punitive steps against Poland for undermining the rule of law, increasing pressure on the government in Warsaw as it mulls concessions.

In a bitter clash, the executive European Commission has accused Poland‘s ruling nationalist Law and Justice party (PiS) of undermining the rule of law with reforms to the judiciary and state media since taking power in late 2015.

After two years of dialogue with Poland brought no results, the Commission last December recommended a procedure against Warsaw that could lead to suspending its voting rights in the EU unless it concedes ground by March 20.

Poland‘s new prime minister, Mateusz Morawiecki, has sought to soothe tensions since the start of this year and is due to meet Commission president Jean-Claude Juncker again on March 8.

But the European Parliament on Thursday voted 422 in favour to 147 against, with 48 abstentions, on a non-binding resolution to support the Commission’s action against the EU’s largest ex-communist state.

The vote adds to pressure from Western European governments who told Poland this week that time was running out for it to address their concerns over democratic freedoms.

However, stripping Poland of its EU voting rights remains unlikely because it would require unanimity among all other EU governments. Hungary’s Prime Minister Viktor Orban, himself seen by the EU as weakening democratic checks and balances, has promised to block any such action against his Polish ally.

EU states have for now held fire to allow Warsaw and Brussels time to talk, but it would be politically very embarrassing for Poland if the bloc ever comes to vote on sanctions, even with a Hungarian veto.

The dispute could also prompt member states to cut funds allocated to Poland in the next EU budget that runs from 2021. Poland is currently the biggest beneficiary of EU handouts for infrastructure and other projects.

Poland says its judicial reforms are needed to root out communist-era practices and make the courts more efficient. Critics say PiS is bent on subjugating judges to its will.

The EU says that if Polish courts are not independent, there can be no guarantees that EU funds will be spent as agreed and that the unity of the EU’s single market could also be undermined.

Poland will soon publish a white paper to explain some 13 laws the PiS government has passed on the courts.