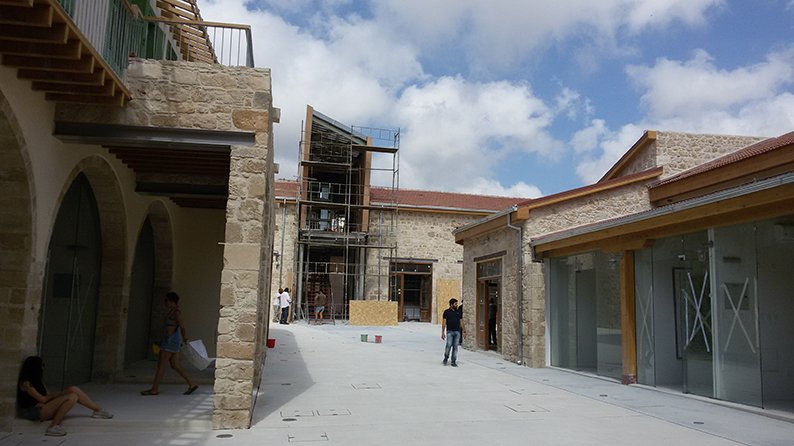 The first successful craftsmen and artisans to be allocated available units at the historic Ibrahim’s Khan in Paphos, will be proposed at the local council meeting on Thursday night.

Municipal officer Doxa Economidou-Barda, speaking to the Cyprus Mail on Thursday afternoon, said that procedure for the two tenders has been concluded and that applicants in the first tender process have been evaluated and will hopefully now be agreed upon.

“There are five workshop units that interested us and were evaluated during the first tender. These will be put forward at tonight’s council meeting and hopefully accepted. We will then evaluate the applicants for the second public tender, of which there are twelve,” she said.

Ibrahim’s Khan is in the heart of the old town and is newly renovated. Historically, the ancient building was used as an inn and an area where merchants and craftsmen would come together.

The municipal officer noted that there are sixteen units in total available at the Khan, including the restaurant, coffee shop and bakery.

This leaves thirteen units which interested parties are vying for, and applicants had to meet a number of criteria, including, originality and innovation of the idea, use of technology tools and ready-made audio-visual material, integration and relevance of the proposal to the broader operating framework of the Khan, the interactive experience of visitors, relevance to tradition, promotion of site traffic and adding value.

The council decided that it was important to create an interesting and unique space with a traditional feel and exclude uses such as souvenir shops, haberdashery, ready-made clothes, shoes and jewellery, ready-made delicacies or shops that could cause inconvenience by being loud and obtrusive.

Applicants from various professions have all applied for permission to use individual workshops for creating, exhibiting and selling their work.

Economidou-Barda said the historic building should be fully operational by May.