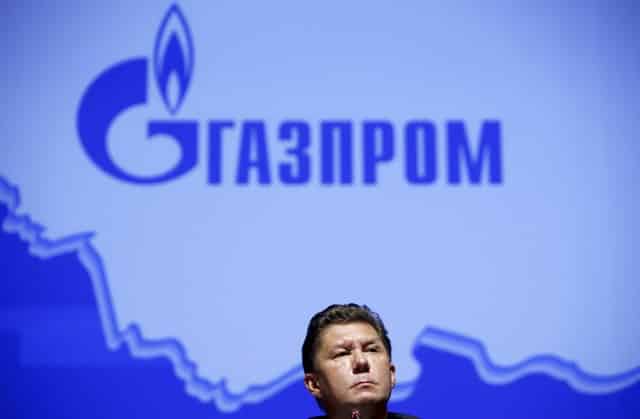 Kiev and Moscow plunged into a new gas dispute on Thursday after Russia’s Gazprom unexpectedly decided not to restart supplies, forcing Ukraine to cut usage despite freezing weather.

Ukraine’s state-owned energy firm Naftogaz said it would ask heating firms to use 5-10 percent less gas for four days from Saturday. It also said it would seek compensation from Gazprom.

The row threatens to open a new front in a long-running legal battle between the companies – a by-product of broader political tension following Russia’s annexation of Crimea in 2014 and support for separatists in eastern Ukraine.

It follows Wednesday’s international arbitration court order for Gazprom to pay $2.56 billion to Naftogaz after weighing mutual claims and counter-claims related to gas supplies and transit.

On Thursday, Gazprom said it had returned a prepayment to Ukraine and would not restart gas supplies as an additional agreement to the existing arrangements had still not been reached. It did not give further details.

“Clearly, gas supplies to Ukraine’s Naftogaz will not be carried out from March 1,” Gazprom’s deputy head Alexander Medvedev said in a statement.

The decision is connected to the Stockholm arbitration court dispute because, in one of its rulings, the court ordered Naftogaz to buy 5 billion cubic metres of gas from Gazprom annually from 2018.

The March deliveries would have been the first time Ukraine bought gas from Russia since November 2015, when it started buying gas from Europe via so-called reverse flows to try to cut its energy dependency on Moscow. Reverse flows refer to buying Russian gas that has first been exported to another country.

Naftogaz said it would seek damages from Gazprom for its failure to restart daily deliveries of 18-20 million cubic metres of gas, which has forced it to take emergency measures to make up for the shortage at a time when a Europe-wide cold snap has blanketed most of Ukraine with heavy snow.

“These steps should be sufficient in order not to create a gas deficit in the system,” he said.

In later comments, Kobolev said Gazprom’s decision meant Naftogaz was no longer bound by a clause in their agreement that requires buyers to pay for gas whether they take physical delivery or not.

“They cannot demand ‘take or pay’ from us in 2018,” news agency Interfax Ukraine quoted him as saying.

Meanwhile, Gazprom said earlier on Thursday it would contest the Stockholm order for it to pay Naftogaz $2.56 billion.

“Gazprom will defend its rights by all available means in accordance with the applicable law,” it said in a statement.

Disagreements between Gazprom and Naftogaz predate the collapse in relations between Ukraine and Russia in 2014 following the pro-European uprising in Kiev that ousted a Moscow-backed president.

Pricing disputes in the past led to Russian gas supplies disruptions to Europe via Ukraine, including in 2009 and 2006. Since then Russia has been pushing for new pipeline projects via the Baltic and Black seas to bypass Ukraine.

China eases restrictions as other countries report surge in cases