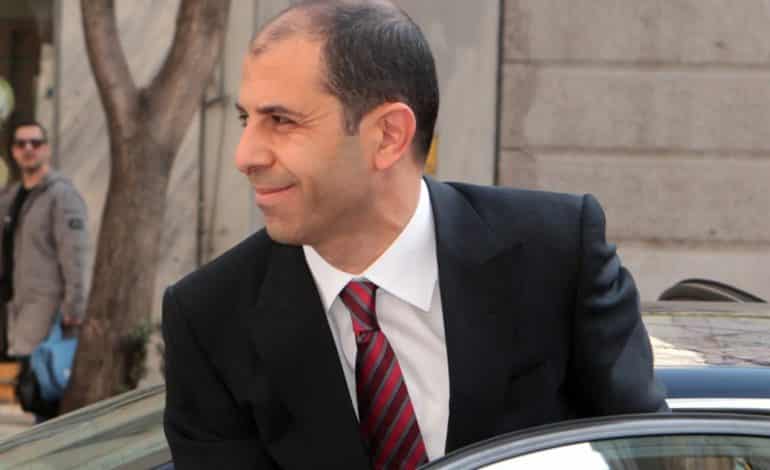 The time has come for the two sides to discuss what a bizonal bicommunal federation means to each of them, Turkish Cypriot ‘foreign affairs minister’ Kudret Ozersay said.

Ozersay, in an interview with daily Politis, published on Sunday, reiterated the Turkish Cypriot side’s unwillingness to return to an open-ended procedure as regards the settlement talks, stating that it  would be meaningless.

He believes, he said, that there is not only a problem with he procedure itself but also in the substance of the talks.

The former chief negotiator of the Turkish Cypriot side said that it was important for the two communities to discuss with honesty how each perceives a bizonal bicommunal federation.

Even though, he said, both Greek Cypriots and Turkish Cypriots speak of a bizonal bicommunal federation with political equality, each perceives this differently.

We assume we are talking about the same thing, Ozersay said, but this does not seem to be the case when there is discussion on sharing of power, what is meant by political equality, equal representation in decision making and rotating presidency.

The two leaders, he said, must meet after the end of the reflection period requested by the United Nations Secretary General to discuss not only the procedure but also its substance.

Ozersay said that the two leaders should discuss if there are common parameters in reality and not just on paper. A ‘healthy dialogue’ that would be the beginning of mutual understanding and create trust is necessary, he said.

The two  sides, he said, need a common ‘plan B’ meaning ‘a common will, whatever the goal for settlement’.

Any solution requires the consent of the other party, even if it is a solution based on different parameters, Ozersay said.

Even though the Turkish Cypriot side, he said, would like this to be done through a common accepted agreement, it does not mean that they will accept anything proposed to them.

He reiterated the position of Turkish Cypriot leader Mustafa Akinci that it became clear during the settlement talks last summer in Switzerland that  the Greek Cypriot side is not ready to share power especially when it comes to rotating presidency.

What we expect from the Greek Cypriot side is to share with us power and prosperity, he said.

Ozersay said he was disappointed by the turn of events and the stance of the Greek Cypriots.

In the recent hydrocarbon dispute, he said, “the evidence we had from the Greek Cypriots was that you are co-owners of the natural wealth but we will not share it with you. We will do that when we decide, and until then we will decide with which companies and under what conditions the exploitation will take place”.

“ If so, does it make sense to recognise us as co-owners?,” Ozersay asked.

It’s important, he said, for a common decision mechanism to be put in place as regards natural gas where Turkish Cypriots would be recognised as an interested party.

He added that the Turkish Cypriot side does not seek an upgrade of the breakaway regime through this request, or recognition of the ‘Turkish Republic of Northern Cyprus’.  The two sides, he said, had been negotiating with each other the past 50 years without one officially recognising the other.

The Greek Cypriot side’s position that the exploitation and management of natural wealth will be the responsibility of a federal state post-solution, “is a vague promise” Ozersay said.

As long as there is no solution, he said, this is meaningless. He could only understand this, he said, if a solution was imminent.

The same had happened in the past with compensating refugees for their properties, he said, but no side paid any compensation. The Turkish Cypriot side created the Immovable Property Commission but the Greek Cypriot side, he said, maintained that  a compensation fund will be set up after a settlement solution.

“Again, a vague situation for the future, if there is a solution,” he said.

Ozersay said that President Nicos Anastasiades’ position that a return to the negotiating table could only take place after thorough preparation is a ploy to stall the procedure. Anastasiades, Ozersay said, wants to continue the procedure in Cyprus in order to reach  convergences.

He too, he said, could continue for another 50 years to perform convergence exercises in the buffer zone. “But it is not what we need,” he said.

He added that he would be delighted if Anastasiades truly shared the same vision of the need for preparation, with a view to discussing the substance.

Ozersay said that there is no need for negotiations but for “a sincere conversation without a third person in the room to take notes and keep the score”.

He also stressed the importance of the Greek Cypriots viewing the Turkish Cypriots as their equal partners and co-owners of the island instead of a community acting as Turkey’s puppet.