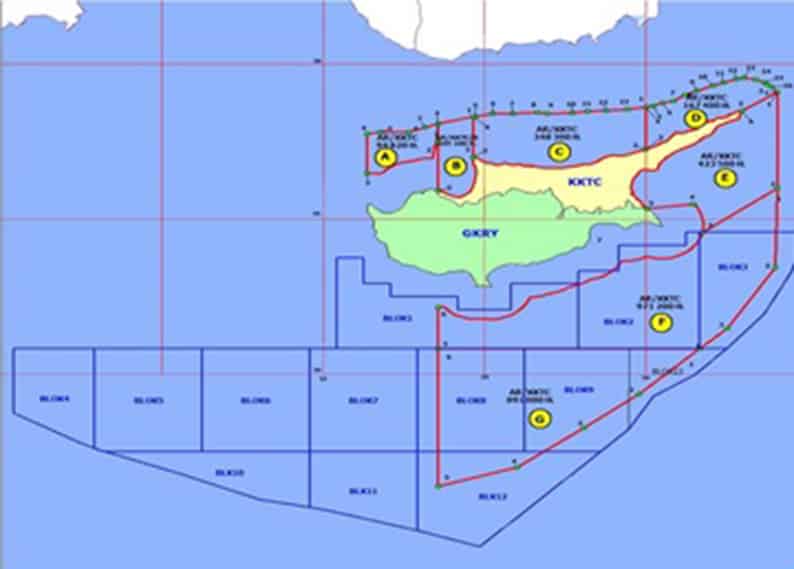 There is an apocryphal story about a speech to a jury given by a very clever African barrister which I thought would be a bit of light relief from the Cyprus problem, although as the story ends it resurfaces with a vengeance.

The anecdote has been doing the rounds at dinner parties among barristers since the last century and sends those gathered in stitches every time a raconteur recounts it, usually after the consumption of copious quantities of red wine.

As the curtain rises the barrister is beginning his closing speech to the jury in a somewhat improbable prosecution. His voice, deep and mellifluous, its timbre African velvet.

“Ladies and gentlemen of the jury please take off your clothes!” He pauses for effect. As every student of rhetoric knows, well-timed pauses are key to the art of persuasion.

The judge is furious. “How dare you make such an indecent suggestion to the jury!”

“Your lordship is not invited to take part.”

“Invited or not, I am not having the jury disrobe in my court!”

“I said your lordship is not invited.”

“Don’t be impertinent. I am the judge and if you persist I shall have you sent down to the cells for contempt.”

“I am not having any more of this; dock officer arrest counsel and take him to the cells.”

Counsel then turns to the jury and smiles triumphantly as he delivers the coup d’grace:

“Ladies and gentlemen of the jury please take off your clothes and swim with me in the waters of common sense!”

Apologies for the late punchline but stories told in cold print need a bit of salt and pepper.

Common sense is in short supply in Cyprus. The two communities are both grandstanding with claims and counter claims over rights under and over the seabed, when it is obvious that the problem that needs to be sorted is on terra firma.

Asked to comment about the gunboats sent by Turkey to intercept an Italian drilling vessel in Cyprus’ EEZ, the UN secretary-general swam in the waters of common sense when he said that solving the Cyprus problem was the best way of resolving the differences between Cyprus and Turkey, and that their competing claims in international law was not something on which the UN could take a position.

The Turkish Cypriot community has a legitimate grievance about being excluded from the management of Cyprus’ EEZ but it cannot have its cake and eat it. You cannot claim joint sovereignty and not respect the constitution that confers it.

It is true that the government of the republic is unwise to assert exclusive sovereign rights over Cyprus’ EEZ, as if this were in full accord with the constitution. In actual fact it is not. The constitution provides for shared government at a ratio of 7:3 with the Turkish Cypriots and Cyprus is treaty bound in international law to respect her constitution. But I am more concerned about the cake and eat it argument as it applies to the Turkish Cypriots because the ball is in their court.

The breakaway ‘Turkish Republic of Northern Cyprus’ declared UDI in 1983 without a referendum. It was pronounced legally invalid by the UN shortly afterwards. Whatever its original purpose, it serves no useful purpose in 2018. It is not seeking international recognition and impedes the Turkish Cypriot community at every turn.

Legal invalidity implies not just lack of recognition but a positive duty by other entities not to deal with breakaway illegal entities. For example other states and international institutions like the EU cannot deal with the ‘TRNC’ except unofficially. This causes huge economic problems for the Turkish Cypriot community.

These problems are self-inflicted. They are not caused by the Greek Cypriots who can hardly be expected to accept the ‘TRNC’ to manage Cyprus’ EEZ jointly with them in its present illegal guise. It makes no sense at all to claim the right to manage the EEZ under the constitution of the republic and then seek to participate in its management as an illegal entity. It is chopped-up logic that defies common sense.

The Turkish Cypriot administration of 1975 sought to maintain the status of the Turkish Cypriot community under the constitution. It proclaimed that it opposed resolutely all attempts against the independence of Cyprus and its partition or union with any other country and that it was necessary to have a separate administration only until the 1960 Cyprus constitution was amended to provide for a federal republic. As such it reflected the application of the maxim of necessity in the same way as it was applied by the government of the republic.

Common sense dictates that for the Turkish Cypriot community to participate in the management of the EEZ under the constitution, it is necessary at least to offer to phase out the ‘TRNC’ in exchange.

Common sense also suggests that gradually the Turkish Cypriot community should begin to wean itself off its dependence on Turkey – no doubt to the delight of President Recep Tayyip Erdogan who has made it clear that he is not very happy about the cost of Turkish Cypriot dependence.

Despite what most people believe, I have it on good authority that President Erdogan is not a Turkish nationalist of the old school. He is a shrewd political operator and a good Muslim who wants Turkish society to move away from the secular republic founded by Ataturk to a position more equidistant between East and West and between Russia and the US.

By contrast Turkish Cypriot society is secular and rational, with British and European values which it is proud to embrace.

Glimpses of the post-Cyprob future

Tales from the Coffeeshop: Back stabbing already rife among prez’s dream team