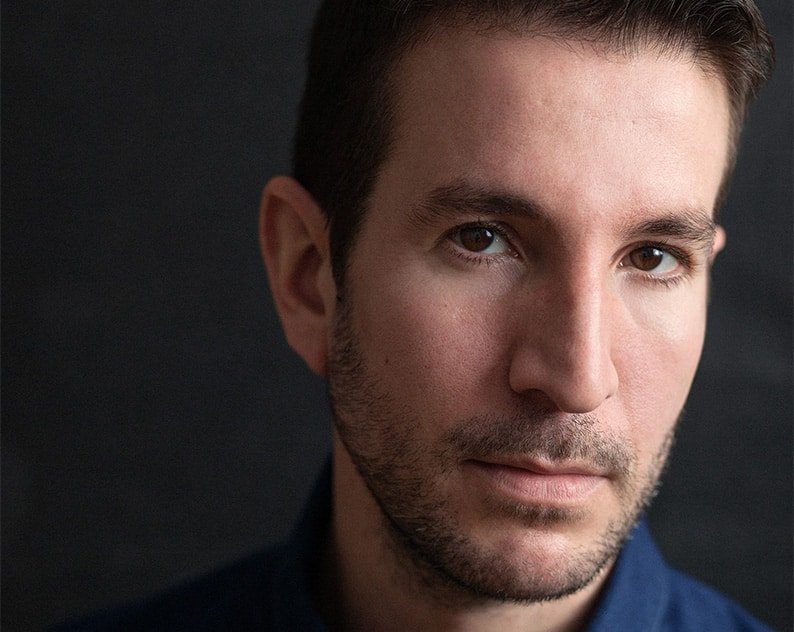 Lazy Ayia Napa summers spent on the beach reading and chilling while trying to pick apart Agatha Christie murder mysteries was how and where the story of the boy who wanted to become a writer began. Thirty years on, and Alex Michaelides tells the Sunday Mail not only that he has written his first thriller but also sold it immediately to a publisher for a six-figure sum.

“The Silent Patient”, penned by Nicosia-born Michaelides, will be published next year by the UK Orion Publishing Group. Hailed by top literary agents Rogers, Coleridge & White (RC&W) as “one of the biggest debut deals we’ve seen in the last five years”, the book has already attracted huge international interest. Not only is it being translated into at least 15 languages, the film rights have just been sold to an Oscar-winning producer in Los Angeles. “Pretty good for a debut… Is it what you expected?” I ask the 40-year-old Michaelides over the phone. His response is a quiet, modest, almost bemused, chuckle as he speaks down the line from his Hampstead Heath flat in London.

“Not at all,” he admits. “I had no expectations, no hopes. I didn’t even know if it was any good. When I finished it, I just gave it to a friend to read. She said I should send it to an agent, so I did. Everything happened really fast after that.”

Michaelides’ success is the stuff all aspiring writers dream of.

He found his agent online. Sam Copland at RC&W has represented writers who have won or been shortlisted for more than 20 major prizes. Just to name a few, these include the Costa and National Book Awards, the Carnegie Medal, Waterstones Book of the Year and Children’s Book of the Year, the Irish Book Awards, and the Dylan Thomas Prize.

In an interview published online some two years ago, Copland said he takes on one in a thousand authors in any one year. He will read the first page of the submitted manuscript very slowly and if that doesn’t grab him stops right there. If the writer doesn’t hear back from him within six weeks it means refusal.

Michaelides sent Copland three chapters of “The Silent Patient” and Copland read them in one go and then called asking for more.

“I sent the whole book to him and the next day he got in touch and said he read it all,” Michaelides recalls. “Then we met each other and the week after he sent the book out to publishers. News came back that several were interested so we held a bidding, a process which took about three weeks. The same happened with the film rights. The whole process took something like a month and it was finished by last Christmas so [the deal] was the most wonderful Christmas present I could ever have had …”

Michaelides describes his book as a “classic murder mystery”, very much based on his childhood love of the Agatha Christie stories he used to read during family vacations in Ayia Napa.

In a moment of nostalgia, he recalls the “hot summers” in Ayia Napa, and “the sheer excitement” and anticipation he felt as a ten-year-old “entering the Dome Hotel’s bookshop with its shelf-full of Agatha Christie murder mysteries”. He and his cousin Katy would spend entire days on the beach reading these novels.

“My whole life I wanted to replicate this experience. So I thought I should write a book pretending I am Agatha Christie … a book that I would want to read on the beach. This is actually what I did. Last summer, I actually took my manuscript to Minorca and read it there while on the beach and I was very happy that I achieved that.”

Understandably, he doesn’t want to reveal too much of the plot. He does say that “The Silent Patient”, set in London, is the story of a woman, a successful painter, who kills her beloved husband and never speaks thereafter. Placed in psychiatric care, her psychotherapist is determined to get her to start talking again and to unravel the mystery of why she killed her spouse.

The idea for the book came partly from the experience Michaelides had of working at a secure psychiatric unit for teenagers in east London.

“This was something I started to do as part of training when I studied psychotherapy at a postgraduate level.”

The unit was a very inspiring place, he says, “great for the teenagers who stayed there, sometimes for several months, sometimes for longer than a year, surrounded by great people, receiving treatment that would help them get better”.

“And something just clicked in my head there. I thought it would be a very interesting location for a murder mystery and that one day I would use my experience of having been there to write one.”

Another source for inspiration was his love for Euripides, particularly his play “Alcestis”. This is the story of a devoted wife who agrees to die in place of her husband and is brought back from the kingdom of the dead by Heracles but then has to remain silent. This too, he says, was a story he “always carried with himself”, knowing “that one day I was going to use it”.

He initially tried to update the play but “it didn’t really work.” Then “one day, I don’t know how but it all came together. I was walking in Hampstead Heath where I live and just sat down on a bench and I wrote it all down on my phone and it [the book] is pretty much unchanged from there on”.

Michaelides, a graduate of Nicosia’s English School, studied English literature at Cambridge and subsequently took screenwriting courses in Los Angeles. Not for him the solitary life of the writer tied to his desk in a closed room. He prefers working in more social settings. The presence of people makes him feel more connected to life. He wrote “The Silent Patient” while sitting at the Cafe Nero across the street from where he lives because “it just stopped me from feeling quite so lonely when writing a book”.

“I write every day, all day,” he confesses, a habit he says was ingrained in him years ago. “When I was still a student, my writing teacher told me, you have to write every day, even Christmas day.  So yes, I write all the time. You are in a coffee shop and you just keep on writing. This is what I do. Or I go for a walk but I still keep at it. I think you have to.”

Evenings are set aside for his screenwriting activities since this is when he can best communicate with his script writing partner, director James Oakley, who is based in Los Angeles.

Much as he may have learned from his involvement with films and screenwriting, Michaelides says the experience has made him increasingly convinced that his ultimate goal lies in becoming a novelist.

“A lot of things can go wrong in a film,” he explains. “Everything has to go through a committee and so many people are involved in it, so the production process is difficult in getting it right. Scenes get changed or get dropped entirely… so much depends on money.”

Of the three films he has been involved with up to now, each was quite “a difficult experience”. This is why he wanted to write a book. “I liked this idea of it being just me, knowing that everything is under my own control and that fewer things can go wrong…”

Clearly everything has gone right with “The Silent Patient”, now predicted to become a worldwide bestseller. And, whatever his stated misgivings about the scriptwriter’s lot, Michaelides has been asked to adapt it for the screen. Moreover, he has been asked to write another murder mystery as soon as he can.

Is it time to scale down passport-selling scheme?