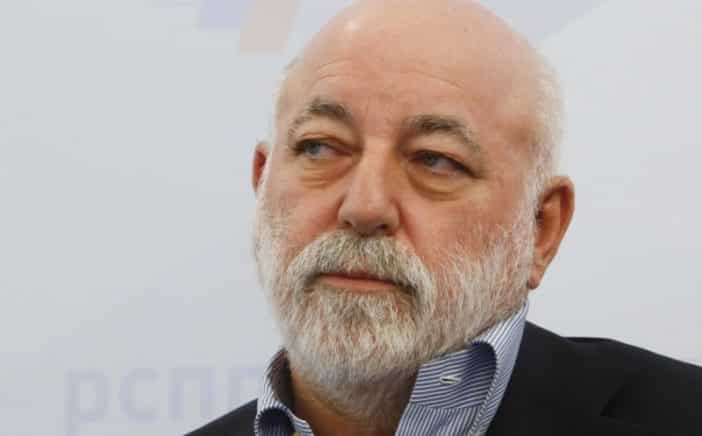 Russian investor Viktor Vekselberg applied for permission to further increase his stake in Bank of Cyprus before the government decided to grant him an honorary citizenship, a document suggests.

“Vekselberg is owner of Lamesa Group, present in Cyprus since 2006 and made a significant investment in Bank of Cyprus in 2014, raising the percentage of his shares to 9.88 per cent,” the interior ministry document drafted almost a year ago and obtained by the Cyprus Business Mail said. “This investment occurred at a particularly difficult time for the economy of Cyprus, when foreign investment was the only road to recovery, when investors could hardly show confidence in the Cypriot economy.

According to the website of the Cyprus Stock Exchange (CSE), the shareholding of Lamesa Investment Ltd in Cyprus’ largest lender on June 23 last year was 9.27 per cent, 51 basis points below the figure mentioned in the document.

Interior minister at the time Socratis Hassikos was in favour of the proposal to naturalise Vekselberg, believed to be close to Russia’s President Vladimir Putin, citing his “highest-level services to the Republic of Cyprus, taking into account the so important investment in Bank of Cyprus and his entire business activity in Cyprus benefiting the economy,” according to the document.

According to his spokesman, the Russian billionaire, worth $14.9bn (€12.1bn) according to Forbes Magazine, appears to have declined the honour.

“Vekselberg has only one citizenship,” the spokesman said, which is that of the Russian Federation and added that the investor “was never granted any other citizenship including Cypriot”.

Lamesa’s investment in Bank of Cyprus occurred in August 2014, less than a year-and-a-half after the culmination of the fiscal and banking crisis in Cyprus. The bank which had in March 2013 resorted to converting almost half of its customers’ uninsured deposits into equity sought an additional €1bn in fresh equity to comply with capital requirements ahead of the Europe-wide bank stress tests.

The bank’s success in attracting new equity amid a large degree of uncertainty about the future of the country’s economy which was in its third consecutive year of recession, was described by its chief executive officer John Hourican and Finance Minister Harris Georgiades as the largest ever foreign investment in Cyprus. The capital increase also attracted a group of American investors led by Wilbur Ross, who US President Donald Trump appointed last year as Secretary of Commerce.

Vekselberg’s investment in the bank, which is struggling with an €8.8bn mount of non-performing loans accounting for 46.9 per cent of the total, has not paid off. Bank of Cyprus’ share, meanwhile listed on the London, is traded at around €2.35 which after the January reverse split accounts for a 50 per cent loss of the initial investment.

The Cyprus Business Mail understands that Vekselberg’s request to further increase his stake to a “qualifying holding” of more than 10 per cent of shares or voting rights, is still under consideration by the bank supervisors.