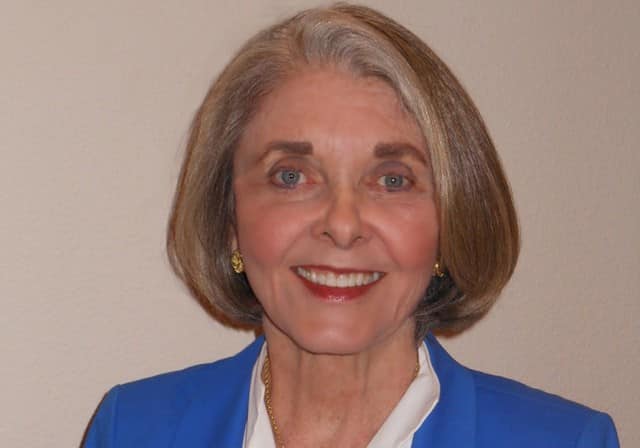 The coiner of the term 'glass ceilling', Marilyn Loden pictured in an undated photo

When Marilyn Loden sat on a panel called ‘Mirror, Mirror on the Wall’ 40 years ago she got fed up of hearing women saying how their negative self-image kept them from advancing at work.

When it came time for her to speak she disagreed and instead described another invisible barrier besides the looking glass.

“That’s the glass ceiling,” she said, and the term was born.

Four decades later the “glass ceiling” is a household phrase – but the number of female chief executives of Fortune 500 companies hovers at five per cent and most nations have never had a female leader.

“If you had asked me 40 years ago did I think that we would be having this conversation today, I would have said absolutely not. But we are,” Loden, 71, a California-based management consultant, told the Thomson Reuters Foundation in an interview.

“It’s going to take longer, and it’s going to be maybe a little more painful than anybody predicted.”

Loden recalled she coined the phrase “glass ceiling” without much forethought, saying “it kind of popped out.”

But the New York media was at that conference in 1978 so as the term began appearing in the press she staked her out claim.

The author of books including ‘Feminine Leadership or How to Succeed in Business Without Being One of the Boys’ and ‘Implementing Diversity’, Loden still speaks on topics such as shattering the glass ceiling and gender differences in leadership.

Four decades later, she said she is both encouraged and discouraged.

“On the one hand, I’m amazed at the unbelievable talent that women have and their ability to be successful in a lot of fields and a lot of professions where they’re not welcome,” she said.

“But I also am discouraged at the slowness of change at the top of organizations.”

Men, women and institutions must recognize the unconscious bias and assumptions that keep women out of positions of power, decision-making and leadership, she said.

Society blames women for not trying harder and criticises their assertiveness, while companies label time-strapped working mothers as not serious about their careers, she said.

But she said it was not helped by the fact that few women at the top reach out and bring other women up with them.

“What I think every woman who’s in a bona fide leadership position needs to be doing now is being an advocate for change for women,” she said.

Former US Secretary of State Hillary Clinton famously referred to the glass ceiling when she conceded the Democratic Party’s presidential nomination to then-candidate Barack Obama in 2008, referring to the 18 million people who voted for her.

“Although we weren’t able to shatter that highest, hardest glass ceiling this time, thanks to you, it’s got about 18 million cracks in it, and the light is shining through like never before,” she told her supporters.

“I will grudgingly say there are a couple small holes.”

But she said the #MeToo tide of women coming forward to recount experiences with sexual misconduct, harassment and assault could make a difference and she wants to be part of that.

“I think there’s just so much more work to do,” she said. “I’m not ready to stop. I want to make a difference.”

Brush strokes us to Wonderland

Conte fires back at ‘anti-football’ criticism of tactics