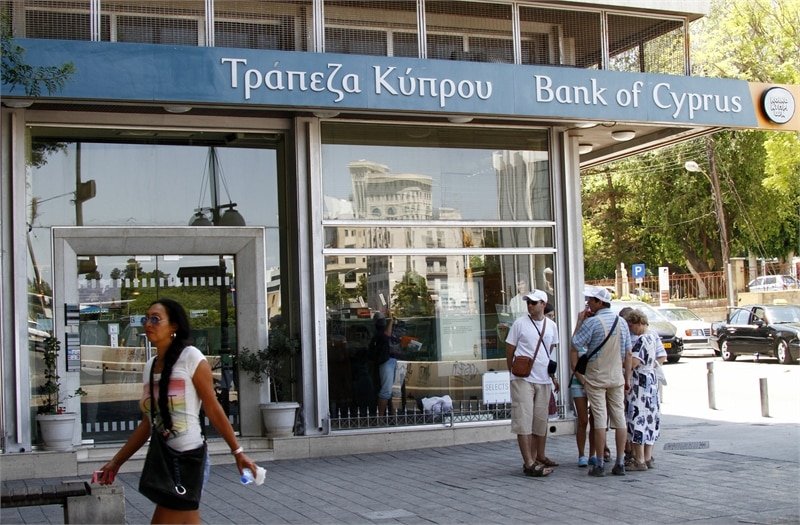 The members of Etyk working for Bank of Cyprus on Monday authorised the union to strike in a dispute over an alleged violation of agreements with the bank which last year posted a net loss €552m mainly on increased provisions, prompting condemnation from the business world.

The decision was taken on Monday after a vote in which Bank of Cyprus workers voted with a majority of 95 per cent in favour and 5 per cent against authorising the union to take action against the bank, Etyk said in a statement on its website on Monday. The statement did not say when strike action would be taken.

The bank, which in March 2013 resorted into converting almost half of uninsured customer deposits into equity as part of Cyprus’s bailout agreement and is struggling with an €8.8bn mountain of non-performing loans or 46.9 per cent of the total, failed to promote 600 workers following successive voluntary retirement schemes over the past five years and so fill positions provided in the organisation chart “although new colleagues successfully carry out their duties,” the union said.

In addition, Cyprus’s largest bank failed to provide incremental pay rises according to the pay scale of each worker, which constitutes a violation of collective agreements, constituting a criminal offence, Etyk continued.

Etyk, which opposes the bank’s intention to negotiate an overhaul of its human resources and remuneration system, added that the bank also failed to compensate its workers for the loss of purchasing power due to inflation.

The union also complained that Bank of Cyprus managers were advising employees to vote against authorising the union to take strike action.

The vote prompted the bank to ask Etyk to engage in a dialogue to find fairer solution for the bank which is exposed to global competition, in an attempt to protect jobs in the medium-term.

“Failure to listen to the needs of the society and above all failure to understand challenges of our times, places Cyprus’s course over the next years in jeopardy,” said Bank of Cyprus in an emailed statement.

The bank which since 2011 posted an accumulated after-tax loss of over €6.6bn, said that while its recovery course is stable, “it remains fragile” and the main challenge it faces in addition to non-performing loans, which fell for 11 consecutive quarters, is related to the changing operating environment.

“Global competition based on new technology is directly threatening our country,” Bank of Cyprus said. “Those Cypriot companies fail to cope with the requirement of operating as world-class companies, will soon no longer exist. Bank of Cyprus’s administration has already informed Etyk about the challenges and expects that it will respond in such a way that there is good faith on both sides of the negotiation table to serve the interest of workers in Cyprus in general”.

“The Cypriot economy is still recovering while the financial system is facing challenges,” Bank of Cyprus added.

“With its continuously aggressive stance against banks, Etyk shows disrespect to the sacrifices of enterprises and workers,” tweeted the managing director of OEV, the Federation of Employers and Industrialists on Monday. “It should engage in a dialogue with Bank of Cyprus to find solutions without confrontations. The (current) stabilisation is fragile and the consequences of a collision incalculable”.

Marios Tsiakkis, secretary general of the Cyprus Chamber of Commerce and Industry (CCCI) said that the union’s demands are “mistimed and unreasonable”.

“Banks continue to have a serious problem with non-performing loans which forces them to make terrible provisions for loan impairments which cause losses,” he said in an interview to state-radio CyBC on Tuesday. “Before the system stands again on its feet, no demands for (pay) increases should be made”.