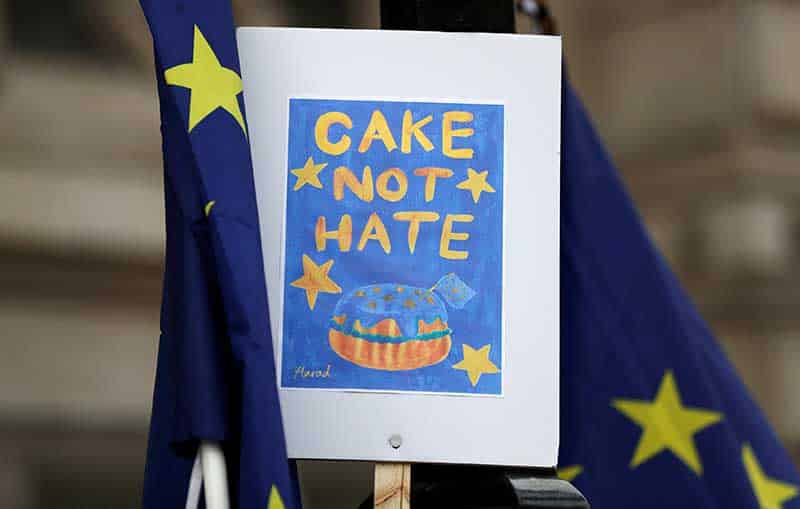 The European Union is cool to the idea of Britain’s “associate membership” in various agencies of the bloc as proposed by London to make Brexit less disruptive for British business, with officials saying the approach boils down to cherry picking.

Britain started a process to leave the EU last year because it no longer wants to accept the authority of the European Court of Justice (ECJ), the free movement of workers and does not want to contribute to the EU budget.

But it is keen to keep most of its other links with the EU – especially unfettered access to the EU’s market.

EU officials call this approach “cherry picking”, where London chooses the areas it wants for closer association but does not accept the obligations linked to it in other areas, like ECJ oversight or free movement of people.

Last Friday, Prime Minister Theresa May floated the idea of Britain remaining an associate member of the European Medicines Agency, the European Chemicals Agency, and the European Aviation Safety Agency after Britain leaves the EU in March 2019.

She said London understood this meant abiding by the rules of those agencies and financial contributions.

But EU officials involved in the negotiations on the terms of Britain’s exit from the bloc and deciding on the future trade relationship were not impressed.

“It is not so much ‘how’ they participate. That’s a technicality. The bigger question is ‘if’ they should participate. Why would we let them in?” one official said.

“The bottom line is that the UK approach is cherry-picking. The EU has a vast number of agencies, and I think we’d think twice to let the UK ‘associate’ itself with a selected number they choose because they have an interest,” the official said.

Brussels officials pointed out that an “associate membership” – a status that does not exist yet and would have to be created especially for Britain – would not give London the kind of access to the EU single market it sought.

“It is not possible to accept ECJ oversight in only some segments of business in the EU and not in others,” a second EU official said. “The single market is not made of bits and pieces you can pick and choose.”

An “associate membership” status would also likely involve complex legal work in the EU to create it.

“The willingness to change regulations in order to accommodate the UK’s wishes… is limited because it entails lengthy legislative procedures,” a third official said.

The chairman of EU leaders, Donald Tusk, will present draft guidelines for the EU’s future trade deal with Britain in Luxembourg on Wednesday.

The closest to an “associate membership” the EU has now is with countries in the European Economic Area but not EU members — Norway, Liechtenstein and Iceland — which can take part in meetings, but they do not have voting rights.

Michel Barnier, the EU’s chief Brexit negotiator, said last November that work of the EU agencies was based on EU laws, which Britain no longer wants to accept and should then go on and build its own.

“The same people who argue for setting the UK free also argue that the UK should remain in some EU agencies. But freedom implies responsibility for building new UK administrative capacity,” Barnier said.

“On our side, the 27 will continue to deepen the work of those agencies, together. They will share the costs for running those agencies. Our businesses will benefit from their expertise. All of their work is firmly based on the EU treaties, which the UK decided to leave,” he said.

May argued in her speech last week that every trade agreement, which focused on some aspects of an economy more than on others, was some form of “cherry picking”.

“With all its neighbours the EU has varying levels of access to the single market, depending on the obligations those neighbours are willing to undertake,” she said.

“What would be cherry-picking would be if we were to seek a deal where our rights and obligations were not held in balance. And I have been categorically clear that is not what we are going to do,” she said.

But EU officials said that Britain would only get the “bespoke” trade agreement it sought with the EU if it agreed to balance the rights and obligations in a way that would not pick apart the EU single market.

The bloc would also have to make sure that the deal is less attractive than EU membership.