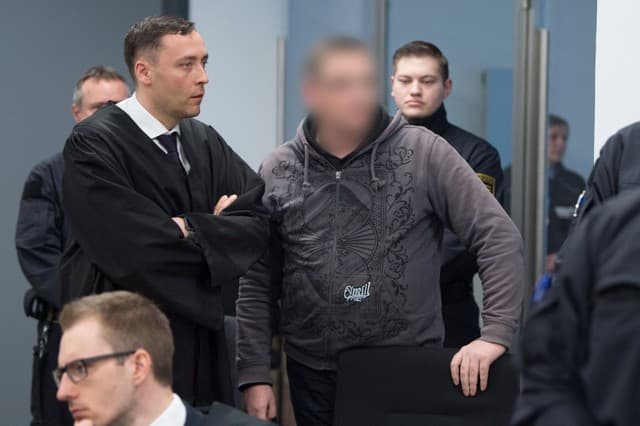 A German court sentenced seven men and one woman to four to 10 years in jail on Wednesday for founding a far-right terrorist group responsible for attempted murder and bomb attacks on refugee shelters and politicians in the former Communist East.

The individuals were members of the “Freital Group”, named after their base in the state of Saxony, a bastion of support for the right-wing Alternative for Germany, which won the most votes there in a Sept. 24 federal election.

The group’s attacks, mostly in 2015, were part of a wave of right-wing violence against refugees triggered by the arrival of more than 1 million migrants in Germany since 2014.

After a year-long trial, the court in Dresden sentenced seven members of the group to between five and 10 years behind bars. The eighth got a youth sentence of four years, a spokeswoman said.

The ringleaders, identified by the court only as Timo S. and Patrick F., got 10 and nine-and-a-half-year terms respectively. The sentences do not take effect until any appeal has been made.

Prosecutors accused the group of being driven by xenophobic views and a Nazi ideology and of wanting to create a climate of fear that would drive out foreigners.

In one of the attacks, the suspects detonated explosives next to windows at a refugee shelter, knowing people were inside. One resident suffered cuts but prosecutors argued it was luck that no one was seriously hurt or even killed.

The suspects also set off explosives on a car belonging to a local politician from the radical Left party.

Prosecutors said the group acquired in the Czech Republic large quantities of explosives that are illegal in Germany.

The defendants confessed to their roles in the individual crimes but their lawyer had rejected the accusation of being part of a terrorist group and of attempted murder.

Prosecutors said it was a terrorist organisation because the members created a structure.

“The individuals submitted themselves to the will of the group and the goal of this organisation was to commit murders,” senior public prosecutor Joern Hauschild said after the verdict.

Greens said the verdict was a blatant illustration of right-wing terrorism in society’s midst.

“This verdict should be a wake-up call and we must work through the social causes of these crimes,” said Greens lawmaker in Saxony Juergen Kasek.

Some commentators have said the group’s actions were played down locally, with the mayor describing them as individual acts that should not be taken too seriously.

The state of Saxony, and its capital, Dresden, are well- known as fertile ground for the far right. It was the cradle of Pegida (Patriotic Europeans Against the Islamisation of the West) movement, which drew 25,000 people to twilight rallies and marches in early 2015 with slogans such as “foreigners out”.

In 2015, when the flood of migrants peaked, attacks on refugee homes average more than two a day, interior ministry data shows

Slain Salvadoran Archbishop Romero to be made a saint

Liverpool are back where they belong says Klopp