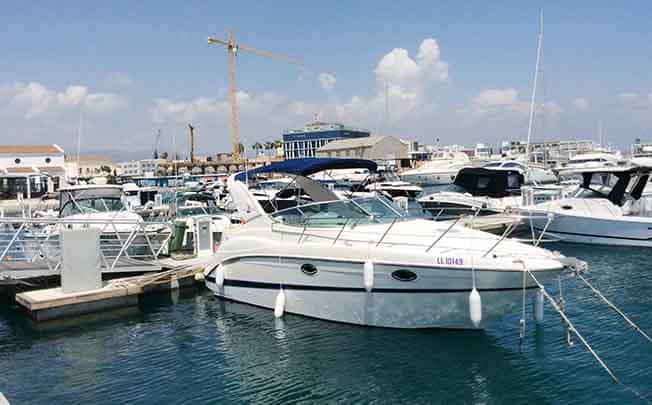 The European Commission announced on Thursday it has opened infringement procedures against three member states – including Cyprus – for not charging the correct amount of VAT on yacht purchases.

The commission said it decided to send letters of formal notice to Cyprus, Greece, and Malta because the issue can generate major distortions of competition and featured heavily in the coverage of last year’s ‘Paradise Papers’ leaks.

The Paradise Papers are a set of 13.4 million confidential electronic documents relating to offshore investments that were leaked to German daily newspaper Süddeutsche Zeitung.

The newspaper shared them with the International Consortium of Investigative Journalists, and a network of more than 380 journalists.

“The Paradise Papers revealed widespread VAT evasion in the yacht sector, facilitated by national rules which do not comply with EU law,” the commission said.

As well as the infringement procedures, the European Parliament has recently indicated that its new committee to follow up on the Paradise Papers will also look at the issue.

“In order to achieve fair taxation we need to take action wherever necessary to combat VAT evasion,” said Commissioner for Economic and Financial Affairs, Taxation and Customs Union Pierre Moscovici.

“We cannot allow this type of favourable tax treatment granted to private boats, which also distorts competition in the maritime sector. Such practices violate EU law and must come to an end.”

When it comes to VAT, recent commission initiatives seek to put in place a single EU VAT area which is less prone to fraud, and to enhance cooperation between member states.

According to the commission, while current EU VAT rules allow members not to tax the supply of a service where the effective use and enjoyment of the product is outside the EU, they do not allow for a general flat-rate reduction without proof of the place of actual use.

Malta, Cyprus, and Greece have established guidelines according to which the larger the boat is, the less the lease is estimated to take place in EU waters, a rule which greatly reduces the applicable VAT rate.

The incorrect taxation in Cyprus and Malta concerns purchases of yachts by means of what is known as ‘lease-purchase’.

The Cypriot and Maltese laws currently classify the leasing of a yacht as a supply of a service rather than a good.

This results in VAT only being levied at the standard rate on a minor amount of the real cost price of the craft once the yacht has finally been bought, the rest being taxed as the supply of a service and at a greatly reduced rate.

The three countries now have two months to respond to the arguments put forward by the commission. If they do not act within those two months, the commission may send a reasoned opinion to their authorities.