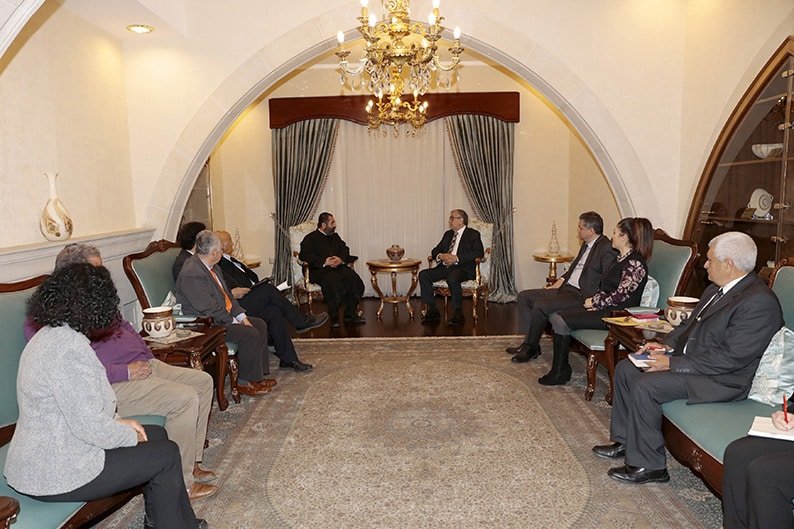 Turkish Cypriot leader Mustafa Akinci pledged on Friday that the issue of Maronites returning to their homes in Ayia Marina village would be discussed with the ‘government’ once ‘parliament’ approves the ‘state budget’ for 2018, reports from the north said.

According to the Cyprus News Agency, which quoted Turkish Cypriot media, Akinci met with representatives of Maronites hailing from Ayia Marina and told them efforts towards the decision taken in July allowing them to return to their homes would continue.

The ‘ministries’ of foreign, interior and finance as well as the office of the ‘prime minister’ the Turkish embassy and military were involved, the reports said. A roadmap and timeframe on implementing this decision has been taken, Akinci was quoted as saying to the representatives.

According to CNA, Photiou said this was part of a plan by the Turkish side to create new fait accompli after the Cyprus talks collapsed in Crans-Montana.

“We are in touch with the legal community leaders of Maronite villages and the representatives of the Maronite community,” he said.

Local band sings of thorn in our side